Man uses CPR to save squirrel hit by car 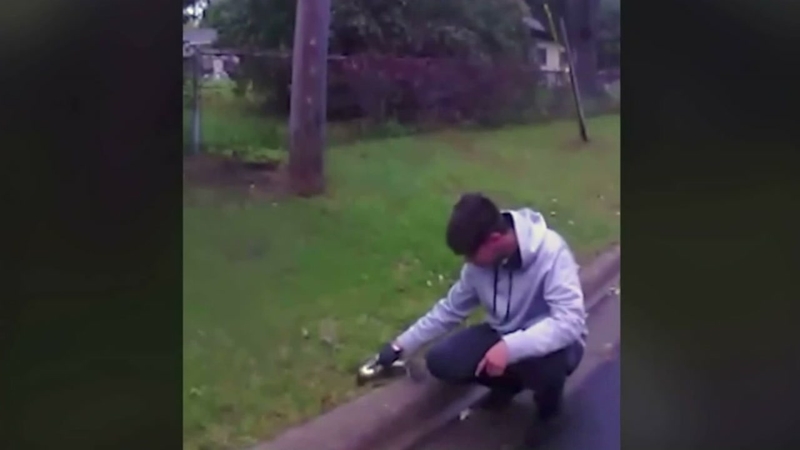 MINNEAPOLIS, Minnesota -- To what lengths would you go to save a furry creature?

Chris Felix, 19, performed CPR on a squirrel after he believed he hit the animal with the back wheel of his car.

When the stunned squirrel didn't move, animal lover Felix put his CPR skills to the test.

"I was like, well you know, you never get to see this. I was there trying to help it out, you know. Something little means a lot in the long run," Felix told WCCO-TV.

Felix put on gloves and began doing tiny chest compressions on the squirrel as two very confused officers on patrol stopped to see what was going on.

As seen in the officer's body camera video, Chris remained by the critter's side repeating the same procedure for 20 minutes until the little guy finally got up and ran away.

"Just the humanity of it. It wasn't just a police officer and a citizen there. Those were just three people enjoying the moment," said Brooklyn Park Police Department Deputy Chief Mark Bruley.