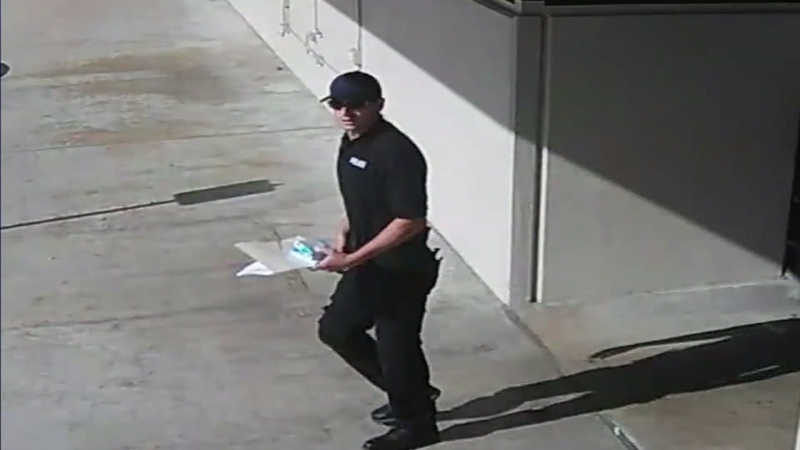 HOUSTON (KTRK) -- Last night, we told you about a fake cop who has hit up at least half a dozen pharmacies for very powerful painkillers.

There they were on ABC's World News Tonight, the images from the latest robberies at two Walgreens stores near the Harris County/Montgomery County Line.

Investigators said the phony officer has been at it since September, wearing a hat or t-shirt with the word "police" on them to gain the trust of store employees.

He then demands controlled medications like hydrocodone and Oxycontin and threatens violence if the employees do not comply, according to officers.

The man in the "Police" cap is a fraud, investigators say, and considered very dangerous.

The robber has a large star tattoo on the right side of his neck. Monday night, he had it covered with a bandage. He is considered dangerous.
Authorities are warning the public and other agencies to "exercise extreme caution," if he's spotted.