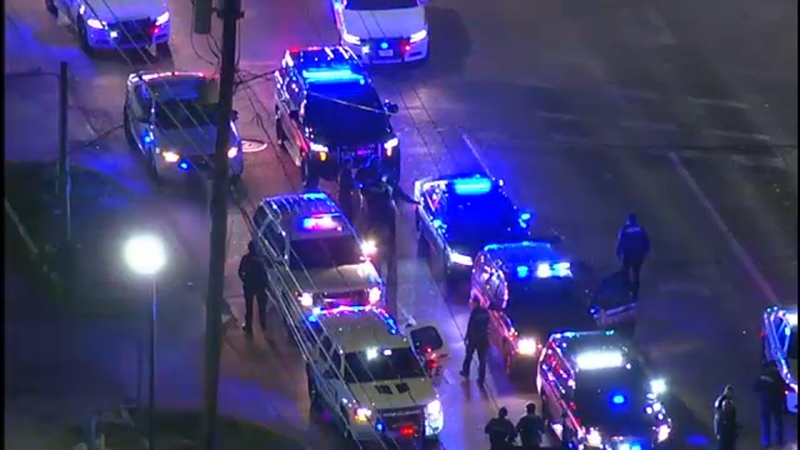 The Montgomery County Precinct 4 Constable's Office told ABC13 that at about 4:45 a.m., the agency assisted the Splendora Police Department during the pursuit of a stolen 2002 Dodge truck near the area of FM 1485 and FM 3083.

The truck was recently stolen out of Cleveland, Texas, the constable's office said.

The suspect led authorities through Conroe and Willis, along Highways 45 and 105, and entered and exited multiple parking lots before heading south to the Hardy Toll Road and on to FM 1960.

According to the constable's office, the two people inside the stolen truck threw power tools and hand tools out of the vehicle in an attempt to damage the law enforcement vehicles behind them.

The suspect hit another driver at the intersection of Beltway 8 and Antoine before taking off again.

The two people inside the truck, identified by authorities as 28-year-old Tyler Biggs and 29-year-old Haley Speck, finally stopped and were arrested at Canino and Airline.

SkyEye was over the end of the chase, where multiple law enforcement vehicles and wreckers were seen.

Biggs has been charged with evading and unauthorized use of a motor vehicle.