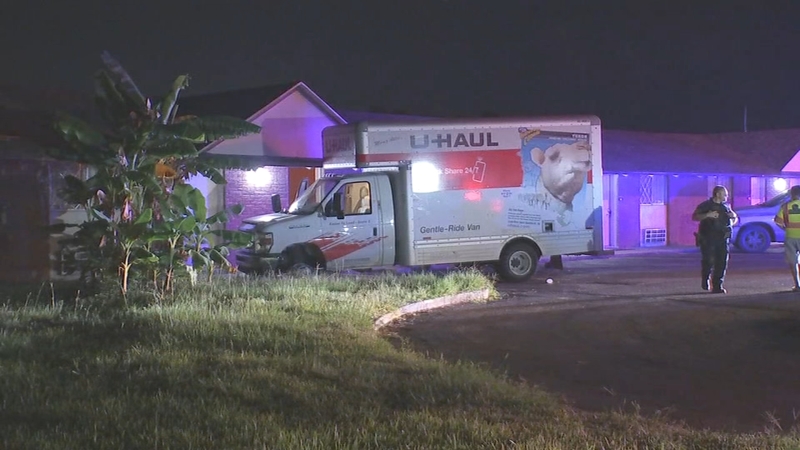 HOUSTON, Texas (KTRK) -- A suspect in a U-Haul led police on a wild, nearly hour-long high-speed chase from downtown Houston to Dayton overnight.

Police say the suspect was staying at a motel in Dayton when he got into a fight with someone.

Dayton Police were called to the Summit Inn on US-90, but by the time they arrived, he had already taken off.

Later, deputies with Harris County Precinct 1 saw the U-Haul going the wrong way near Congress and Main in downtown Houston.

Man in custody after 48 mile chase ends in Dayton. Began downtown with wrong-way driver of truck near Congress & Main. Deputies chased thru downtown to hotel in 600 blk. E. HIghway 90. Driver tased & arrested. No further info at this time. #hounews pic.twitter.com/7ObhAIJmOc

Deputies attempted to conduct a traffic stop, but the suspect refused to pull over. That's when the pursuit began.

They chased the suspect all the way back to the motel, waking up sleeping guests.

"We were here trying to rest. They were over on top of him earlier today," one motel guest recalled. "He just kept cruising the parking lot, then all this."

Spike strips were reportedly used to slow the suspect down near Crosby and again near Dayton.

Police say the suspect was eventually tased and arrested.

Overall, the chase was about 48 miles long and lasted close to 45 minutes.