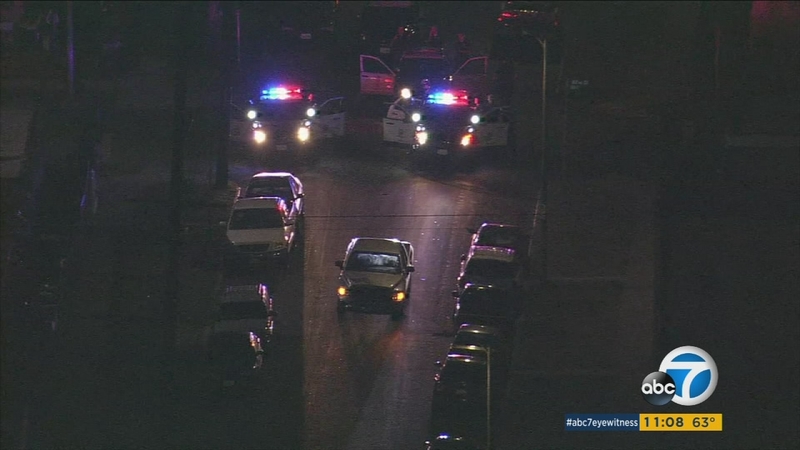 The pursuit began shortly after 4 p.m. near Downtown Los Angeles and ended in South Los Angeles at about 6:25 p.m.

Police said the chase started after the suspect hit another car.

When an officer pulled him over, police said the man attempted to attack the officer with a hammer.

He then got back in the truck and drove off, leading police on a chase and hitting at least four other vehicles during the pursuit.

Police were unsuccessful attempting to PIT maneuver the truck three times on the freeway, including twice near other vehicles.

The suspect hit speeds between 90 and 100 mph during the chase.

At about 4:35 p.m., the driver pulled into a gas station on Vermont Avenue, but quickly drove away after police pulled into the parking lot.

The suspect drove the wrong way on several streets and down railroad tracks.

At about 4:50 p.m., police were able to throw a spike strip and pop at least two of the driver's tires as he left the parking lot of a second gas station.

#CHASE: Police threw a spike strip in front of truck as he pulled out of gas station https://t.co/u5lTveArpy pic.twitter.com/1FpSMz43pR

SWAT completely surrounded the suspect on 82nd Street in South Los Angeles at about 5 p.m.