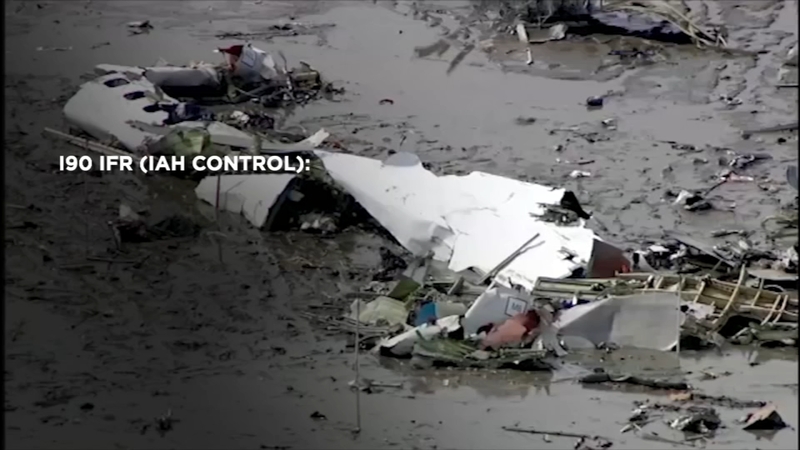 HOUSTON, Texas (KTRK) -- The final words said by crew members on board the doomed Atlas Air flight that crashed this past February into Trinity Bay suggests a loss of control in the aircraft.

The National Transportation Safety Board released a transcript of the plane's cockpit voice recorder on Wednesday.

Less than 30 seconds before the end of the recording, Aska was concerned about the speed of the plane just before it stalled while on approach to Bush Intercontinental Airport.

"(Where's) my speed, my speed," Aska said in an elevated voice according to the report. "We're stalling."

Four seconds later, Aska is heard saying, "Oh Lord, have mercy (on) myself."

Just seconds before the recording ends, someone can be heard shouting, "Pull up."

The final words heard are from Aska, who said, "Lord, you have my soul."

In March, the NTSB said its preliminary review of the audio found that 18 seconds before the flight's blackbox recording ends, there were "crew communications consistent with a loss of control of the aircraft."

The Boeing 767 jetliner was flying from Miami to Houston and was operating on behalf of Amazon, according to Atlas Air Worldwide at the time. A distress call was never made, authorities said.