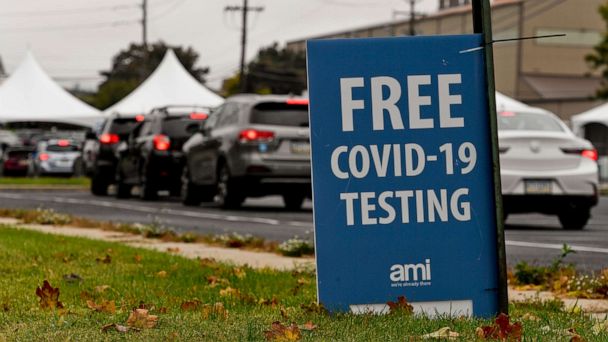 City officials in Philadelphia will implement a series of new, stricter measures to prevent the spread of COVID-19 as the number of cases continues to rise.


Outdoor dining is still allowed but diners must be household members only, and the maximum table size is four seats.

Indoor gatherings of any size in any setting will be prohibited, including both public and private events. Outdoor gatherings are limited to 10% occupancy or 10 persons per 1,000 square feet with a cap of no more than 2,000 people in large spaces, and masks must be worn at all times.

Neither food or beverages are to be served at outdoor gatherings, to ensure people can wear masks.

Retail stores may remain open with a reduced density limit of five people per 1,000 square feet, and customers and employees must wear masks.

Employees must also work from home unless it is not possible.


There will also be no attendance permitted at football games.

The restrictions go into effect on Friday and last through Jan. 1.

The city currently has an infection rate of about 660 new cases per day, WPVI reported.

Philadelphia is currently labeled as having a "high risk of community transmission," with 55,302 confirmed cases and 1,917 deaths, according to the city's Department of Public Health.

After the vote count in Pennsylvania decided the results of the presidential election, Philadelphia health officials urged post-election partiers to get COVID-19 tests in response to crowds seen celebrating in the streets.

City officials then announced that they would consider restricting additional activities to combat the rising number of cases, but emphasized that the biggest threat remains small private gatherings.