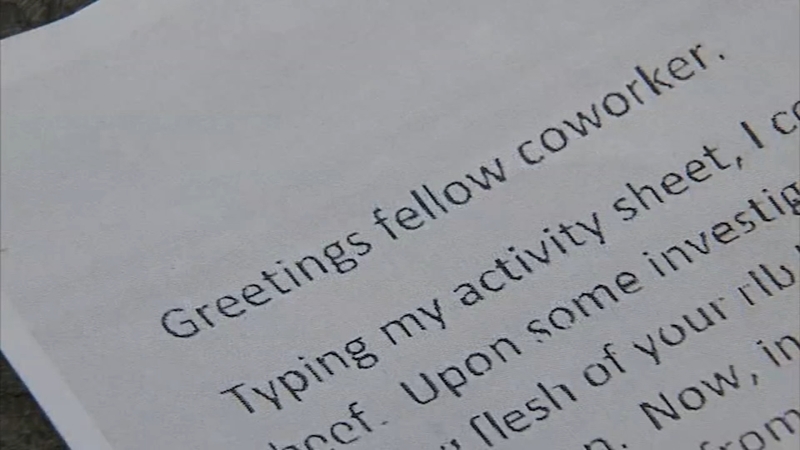 PHILADELPHIA, Pennsylvania -- A Philadelphia police detective has been taken off the street and is now under investigation after writing a vulgar and racially-charged letter.

The letter was placed on top of a trash can inside the homicide division. It starts with a complaint about food left in a wastebasket.

First addressed to a "fellow coworker," the letter has launched an internal investigation.

"Because of some of the language that is in here some of which historically has references to African-Americans, in particular, that's why it's deeply concerning," said Commissioner Richard Ross.

Officer who wrote this letter & admitted to doing so has been taken off city during this investigation. @6abc

"I'm sure you were not burdened by significant schooling, and were birthed to an alcoholic, absent father and a rancid whore of a mother, you simply are ignorant of the fact you are little more than an upright animal."

The letter was brought to the attention of police officials on Monday after copies of the note were made by another officer and distributed.

Since then, the 22 year veteran of the force with 12 years in the homicide division was taken off street duty.

Philadelphia Police Commissioner Richard Ross holds a news conference on August 28, 2018 after a racially-charged letter was found in the department's homicide division.

"We have an obligation to have a fair investigation as well," Ross said. "But in the words that I read that are emanating from this page cause me deep concern."

Rochelle Bilal of the Guardian Civic League, an organization advocating for black officers, says the letter is raising ethics concerns.

"My concern now is, how are you treating those people in the community that come through there at one of their lowest moments?" she said.

Ross said that in the 22 years the officer has been with the department, he has had very little disciplinarian action taken against him but the investigation is just beginning. Ross said he has not yet talked to the officer or heard an apology.