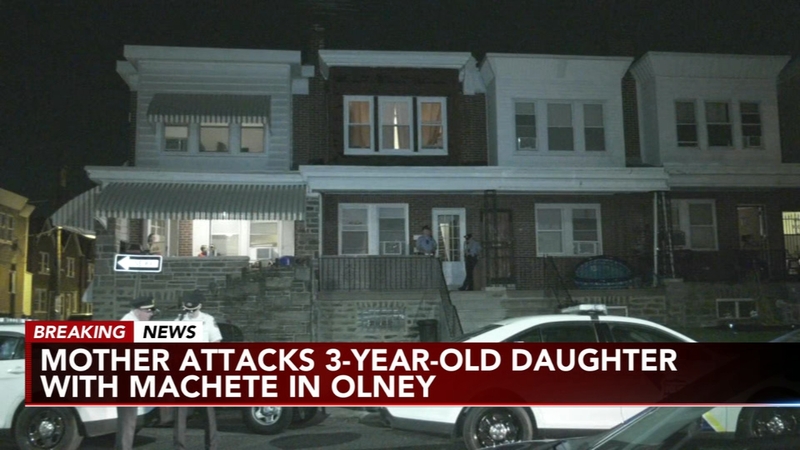 Police: Girl, 3, attacked with machete in Olney; mother in custody

PHILADELPHIA, Pennsylvania -- A mother is now behind bars after police say she attacked her 3-year-old child with a machete on Sunday night.

Police were called to the 5900 block of Mascher Street in Philadelphia's Olney section just after 8 p.m.

When authorities arrived, they found a 3-year-old girl who had multiple stab wounds to the head, shoulder, and knee.

One cut was so deep neighbors say you could see her skull.

A neighbor, who is a nurse, stabilized the girl who was later rushed to the medical center where she is listed in critical, but stable condition.

Witnesses say the mom appeared incoherent and was naked at the top of the stairs.

"It appears as though the parent was under the influence of something," said police.

It's unclear if anyone else was inside the home at the time of the attack.