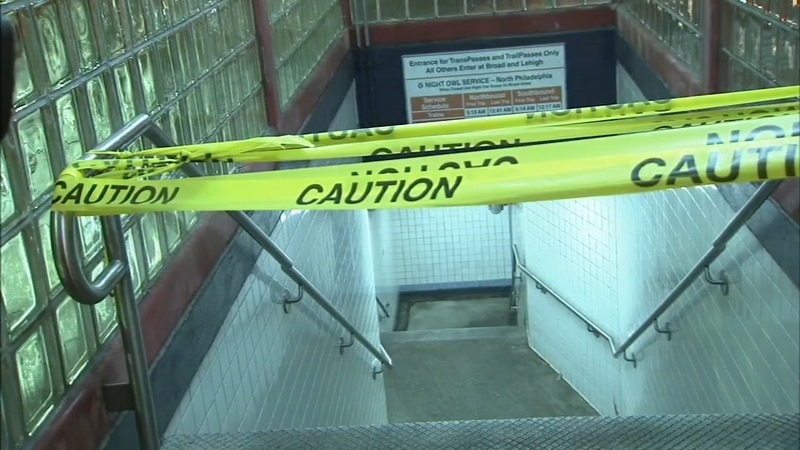 Boy falls to his death between subway cars

The incident occurred on a southbound train that was traveling near the North Philadelphia station.

Witnesses told Action News two kids and a man were selling candy in between the subway cars when one of the boys slipped through as the train was moving.
Medics pronounced the child dead just after 6 p.m.

SEPTA shut down the Broad Street Line between Erie and Girard Stations while officials investigated the incident.

Emotional passengers made their way out of the North Philadelphia station Sunday night after being stuck on the train where the incident occurred.

"He dropped all his candy all over the place inside the train, as he picked the candy up he went through the doors to go through the next train," said Douglas Spencer of West Philadelphia. "There were people crying, people that wanted to help him. But there wasn't much they could do besides jump down."

Officials said the boy was with his 11-year-old brother and a 26-year-old man at the time of his death, but not his parents.

Family members wept on the sidewalk as they learned the news of the child's death.