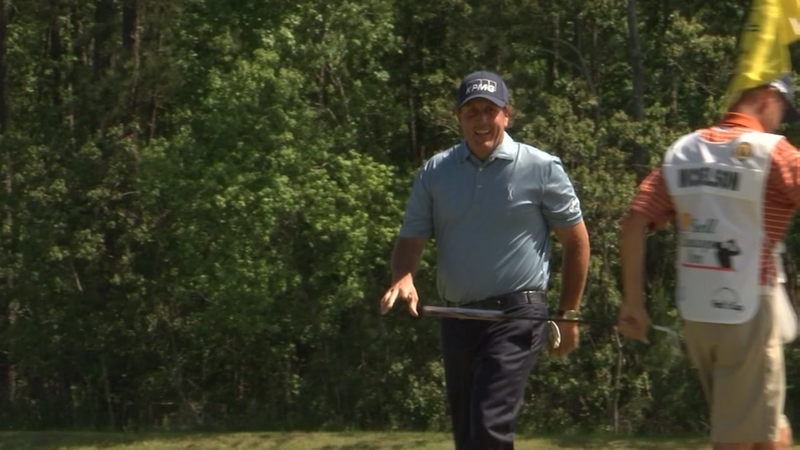 The professional golfer withdrew Thursday morning after realizing there was no way he could attend his daughter's high school graduation in California and make his tee time in Wisconsin.

Mickelson had been holding out hope that with the potential of storms over Wisconsin, there might be a four-hour delay that would allow him to watch his daughter graduate and zoom across the country in his private jet.

Instead, the U.S. Open began Thursday under sunshine with little threat of bad weather all day.

This is the first time Mickelson has missed the U.S. Open since he failed to qualify in 1993.