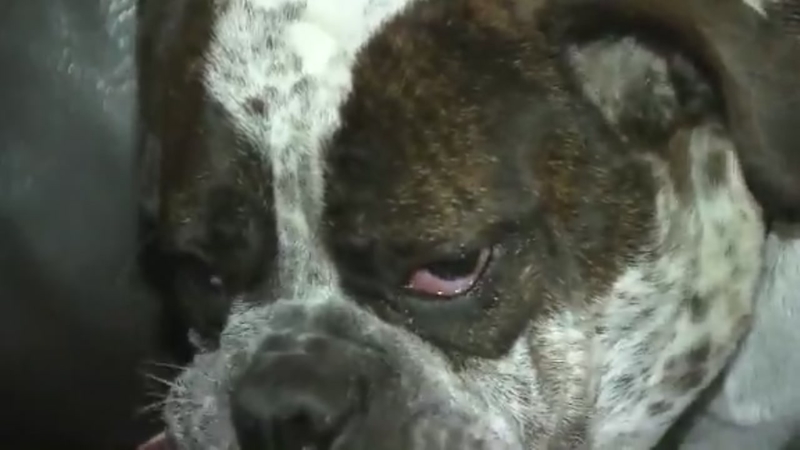 ROCKY MOUNT, North Carolina -- A North Carolina dog owner is outraged after taking his dog to a local PetSmart. He says his dog came home injured after a grooming visit.

Michael Batchelor told WRAL that his dog's eyes are still bloodshot one week after a diagnosis of hemorrhages.

His veterinarian told him a neck leash too tight for a period of time is most likely the cause. The vet also said it was possibly a result of Gunner (Batchelor's dog) being excited and the leash pulling on his neck.

"She said it would take about two weeks for the blood to be completely reabsorbed into the eye," Batchelor said.

PetSmart released a statement that read, "we completed an investigation and found our associates followed all protocol during gunner's grooming service. Based on our investigation, we believe that the cause of Gunner's injury occurred outside of his service at petsmart.

Batchelor disagreed with that assessment and shared a new PetSmart policy with WRAL.

It shows PetSmart is working to change the way it grooms five dog breeds, including Old English bulldogs.

They plan to only use figure eight or cross body restraint methods.

"As a result of this incident, however, we have updated our check in process to include an expanded list of existing signs of stress such as excessive panting, redness in the eyes, trembling, and resistance to entering the salon. We will decline service if two or more of these signs exist," the company said in a statment.

"I don't want anything from them I just want to get the word to the public," he added.