How to help heartbroken Chihuahua 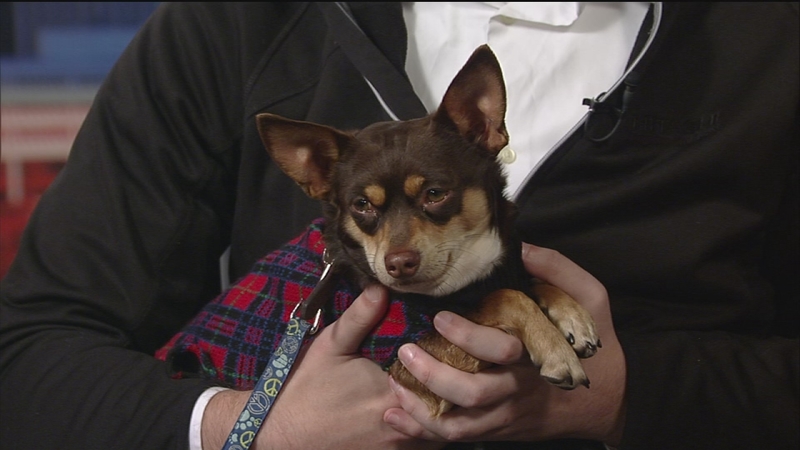 HOUSTON (KTRK) -- For months, Lauren Kribbs saw a pair of Chihuahuas playing in a north Houston park. A lot of strays roam the area, but these were different.

"They just played, and it made me happy to see them. I have a Chihuahua of my own."

Tuesday evening, as she returned home from work, she instead saw the body of one of the dogs in the street. It had been hit by a car. And beside the road, she saw its companion.

The dog, a young male between one and two years old, never left her side, except Kribbs says, to somehow pull her small body out of the roadway, and into a grassy ditch next to the park entrance.

"This morning, he was still there, and somehow I had to help him," she said.

So Kribbs turned to social media, posting a video called "poor doggy" on YouTube and Reddit. In it she asked for help to find someone willing to provide a home for the little dog with no name, but a broken heart.

We watched as she pulled out a leash and put it around the pup's neck. He had been lying atop his friend's body throughout the night and morning. He trembled, but never made a sound, nor an aggressive move. Kribbs gently pulled him away, but not before he turned around to take one last look at his mate.

"It breaks my heart," she said. "This is the first time they've been apart."

About that time, the response to her video arrived. Amanda Luckey said her brother had seen the post on Reddit and asked her to help. She did, providing a sweater for the shivering Chihuahua, a trip to the vet's office and a temporary foster home.

For Lauren Kribbs, the help "reinforces my faith in humanity. It puts another thought in your head that dogs aren't just animals without feelings. It shows they mourn just like we do."

The dogs had no tags, nothing to indicate an owner or their own names.

Lauren Kribbs has her own recommendation. "Romeo," she says, "because he lost his Juliet."