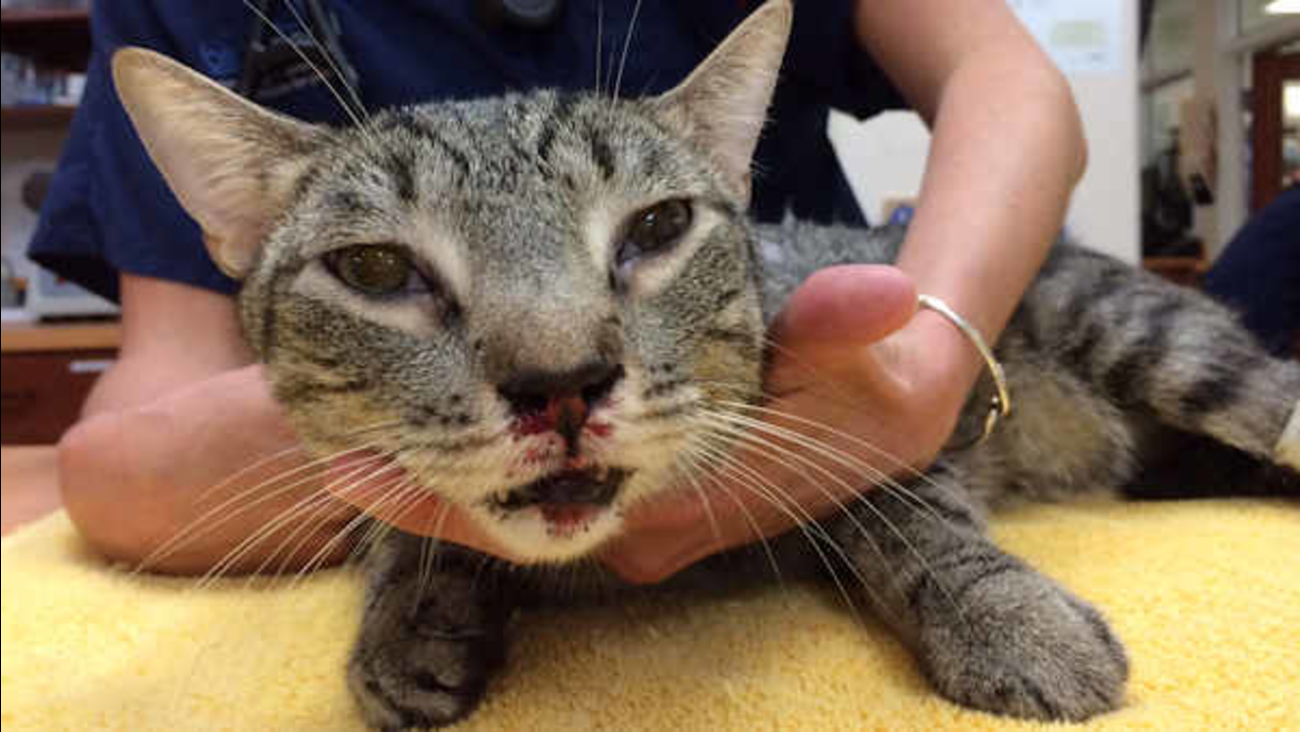 NEW YORK -- A 2-year-old cat that plummeted from the window of a fourth-floor New York City apartment survived the fall and is being treated at BluePearl Veterinary Partners hospital in downtown Manhattan.

The cat, named Sammy, suffered a broken right hind leg and broken toes on his right front paw in the fall, which occurred Tuesday morning in the Village. He also split his hard palate, and air leaked into his chest cavity.

But Dr. Rachel Carlson, the emergency veterinarian overseeing Sammy's care, said the injuries could have been much worse.

According to Dr. Carlson, Sammy was being looked after by a pet-sitter while his owner was out of town. When the owner arrived back at her apartment Tuesday, the windows were cracked open more than usual.

Something startled Sammy as he was sitting in the windowsill, and he fell out the window, taking the screen with him.

Dr. Carlson stitched up Sammy's palate, put a splint on his right front paw and removed the air from his chest. His broken hind leg will likely require surgery.

It is not all that unusual for cats to fall out of windows. In fact, it happens frequently enough in urban settings that veterinarians have a term for the phenomenon -- "high-rise syndrome."

Oddly, Sammy may have been at less risk for injury if he had fallen from an even greater height, as studies show that cats suffer more severe injuries from falls between the second and seventh floor than from falls above seven stories. That's because when they stop accelerating, cats no longer sense they are falling and relax, which allows them to better absorb the impact.

BluePearl successfully treated a cat that fell 26 stories in 2009. Lucky, a 3-year-old cat, survived the fall with only a broken toe and a broken lower jaw.

Here are some tips to prevent pets from falling from windows:
--Secure screens with screen guards.
--Don't leave pets on balconies unattended.
--Keep patio furniture away from balcony railings and high patios.
--Make sure windows are closed before throwing toys for your pets.
--Never allow pets on a fire escape.
--If your pet has fallen, be very cautious when approaching. Animals in pain are more likely to bite. Gently but securely wrap the pet in a towel and seek emergency medical care immediately.