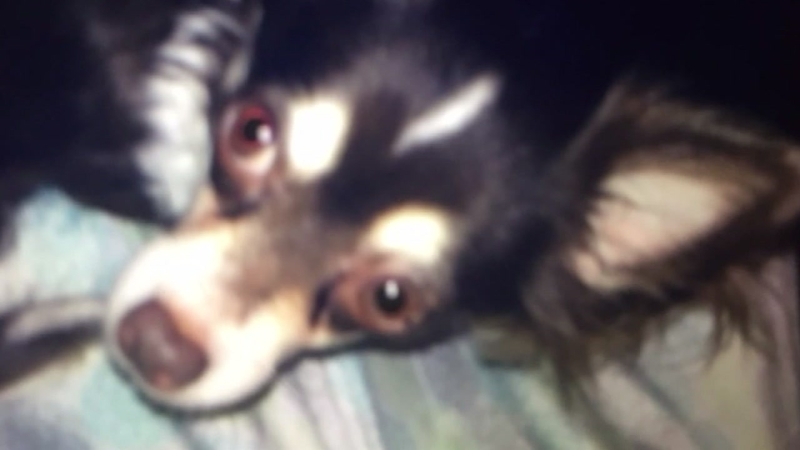 STAFFORD, Texas (KTRK) -- A southwest Houston woman is desperately searching for her Chihuahua named "Coco," who she said was left with a dog groomer in Stafford on June 29 and is now lost.

"They may be animals, but they're still your companions," said Tammy Young, the dog's owner. "The only thing I can say is if you don't want anything to happen and you want control over it, don't take your animal to a pet groomer."

Young said Coco is an emotional support animal and has been her constant companion for 11 years. She is currently searching for her pet, who she said has a microchip and shaved fur, and she's also offering a $1,000 reward for anyone who finds her dog.

"She was like no other Chihuahua that I've ever met," Young said.

Angela Chen, the manager at Ruff Ruff Paradise Pet Club located near Murphy Road and Cash Road, tells Eyewitness News the entire incident was a terrible accident that happened after Coco defecated on the grooming table near the end of the dog's service.

Chen explained the dog's feces also got on her clothes, so she put the dog on the ground inside the facility and went to the bathroom to clean up. Chen said she didn't put the dog in a kennel because she was worried Coco would get feces on her clean coat. While Chen was in the bathroom, she said another groomer went to take out some trash.

"So the groomer opened up the back door and was trying to throw the trash out, but meanwhile that dog had run out of that door," Chen said.

Chen said she ran after the dog, but Coco managed to crawl under a locked fence and has not been seen since.

Young claims she never received a phone call from the business alerting her of what happened and found out about what happened when she came to pick up Coco, but Chen claims she was busy running around trying to find the dog and said it escaped shortly before Young arrived.

Local attorney Zandra Anderson specializes in legal matters involving pets and says pet grooming facilities in Texas are not regulated beyond health issues and also says grooming certificates or licenses are not required for staff.

Pets are considered property in all 50 states and when cases similar to this arise, according to Anderson, owners will most likely receive the dollar amount the pet is estimated to be worth because, legally, pets do not carry any sentimental value.

"I feel very bad about (it) because I had that bad experience myself," Chen said. "My dog was lost many years ago."

Chen said she is working with her insurance company to compensate Young for the damages. In addition, Chen said she also bought Young a new dog a few days after the incident.

Young said she is seeking an attorney and is still hopeful Coco can be returned home safely.