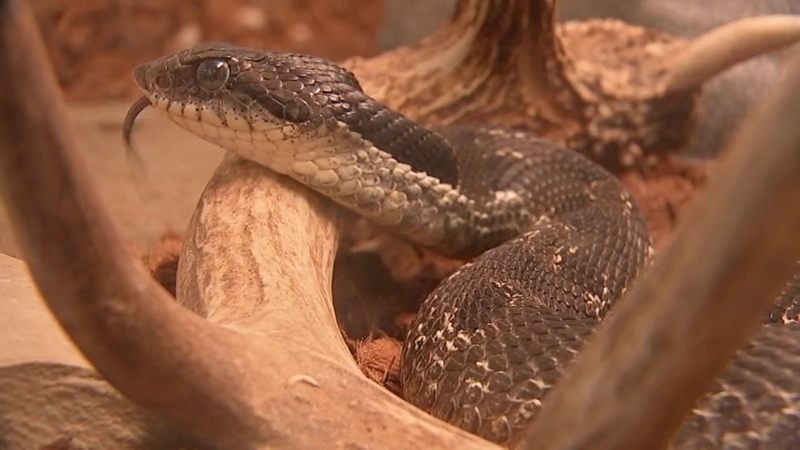 Texas Parks and Wildlife shared photos of a Eastern Hognose snake on their Facebook page, warning of its resemblance to cobra snakes.

Officials say that hognose snakes will try its hardest to appear deadly and venomous (which they're not).

The snakes are known to lunge as if to bite but with its mouth closed. They will also roll over, convulse a few times and roll its tongue out as if it's dead.

It may also even defecate and smell bad, but once the coast is clear, the hognose will turn back over and slither away.

RELATED: If you spot this in your backyard, don't be afraid

The snakes saliva can be toxic to frogs and small animals, but it's not likely to cause serious injury to humans.