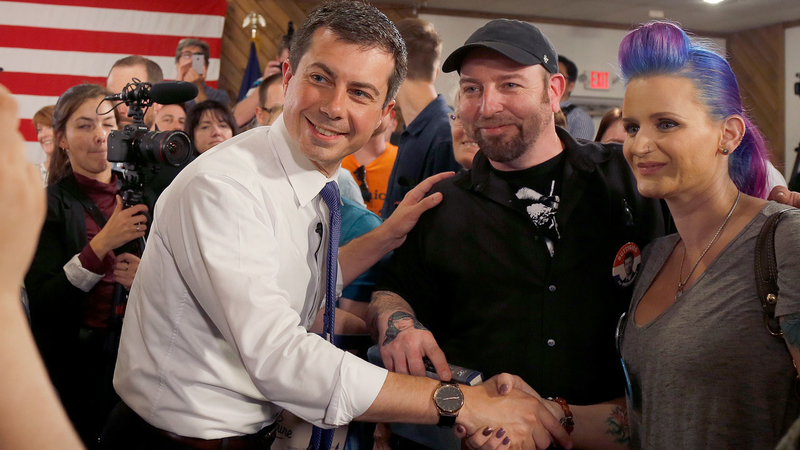 We know he arrived in Houston last night since he tweeted a photo of himself behind fellow candidate Sen. Amy Klobuchar on a United flight into Bush Intercontinental Airport.

Wednesday, he arrived at a midday fundraiser at the Hiram Butler art gallery in Rice Military.

ABC13's Miya Shay was there trying to speak to him. He went in a back entrance and avoided her. We caught a glimpse of his suburban parked outside.

Whelp. Tried my best to get Mayor @PeteButtigieg to say something about upcoming #abc13demdebate as he left an event today. 🤷🏻‍♀️🤷🏻‍♀️
Full coverage of all the candidates here: https://t.co/lK1URvOcXr pic.twitter.com/M1ZvJvRhoQ

Trying to get a shot of Mayor @PeteButtigieg, currently at a private meet & greet event. The driver went around the block to 3rd entrance to avoid us. Oh well. Guess we’ll see him at #abc13demdebate!! https://t.co/lK1URvOcXr pic.twitter.com/QTRDO1iRUm

It fits a traditional use of Houston for candidates who come here to raise money, but not always to collect votes. Many of the presidential candidates are raising money while here in town.