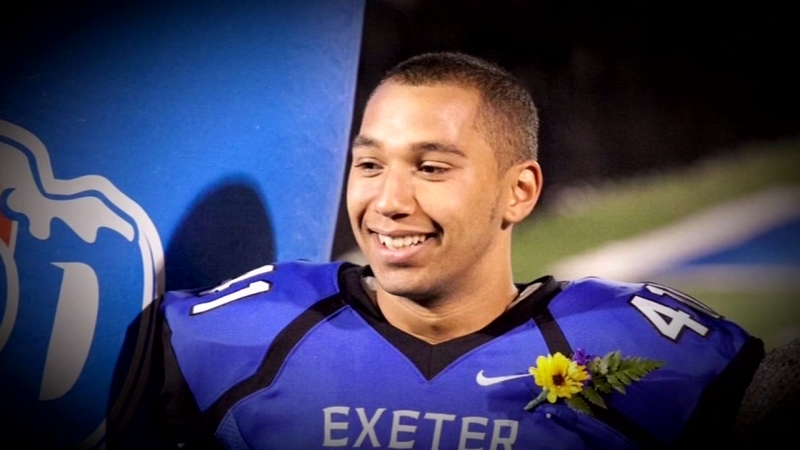 EMBED <>More Videos
Pennsylvania State University fraternity brother Kordel Davis is speaking out after 18 of his fellow brothers have been charged in connection with the death three months ago of Beta Theta Pi pledge Timothy Piazza during a pledge ceremony.

On the morning of Feb. 3, police were called to the Beta Theta Pi fraternity house, where 19-year-old Piazza was found unconscious, about 12 hours after he fell down the stairs. The sophomore was hospitalized and pronounced dead in the early hours of Feb. 4, according to the Centre County, Pennsylvania, grand jury investigation report released on Friday.

On the night of Feb. 2, Piazza engaged in drinking as a part of a hazing ritual known as "The Gauntlet," and his blood alcohol content reached between .28 and .36., according to the report.

In an interview with "Good Morning America" that aired Sunday, Beta Theta Pi brother Kordel Davis says despite his repeated pleas to call 911, no one did.

"So when I walked into the room and I saw Timothy lying on the couch, at first I'm thinking he probably had way too much to drink, he could possibly have alcohol poisoning," Davis recalls. "Everybody was surrounding him, basically laughing pointing ... Right away I started freaking out ... Tim fell and he's just lying on the couch ... If Tim fell, he does not need to be on the couch ... he needs to go to the hospital, we need to call 911."

But Davis' frat brothers dismissed him.

In trying to understand his brothers' refusal to call 911, Davis says, "It just seemed to me that ... they just wanted to make sure that they themselves were safe, rather than Tim truly being safe."

Piazza's father, Jim Piazza, said at a press conference Friday morning, "This didn't have to happen. This is the result of a feeling of entitlement, flagrant disobedience of the law and disregard for moral values that was then exacerbated by egregious acts of self-preservation."

Penn State President Eric Barron said Beta Theta Pi has been banned from ever returning to the school.

"The details alleged in these findings are heart-wrenching and incomprehensible," Barron said in a statement Friday. "The University community continues to mourn his tragic death, but no pain we feel can begin to compare to the devastating heartbreak that Timothy's family and friends are experiencing."

A few additional defendants also had preliminary arraignments Friday afternoon with the same conditions, except $50,000 ROR, the district attorney said.