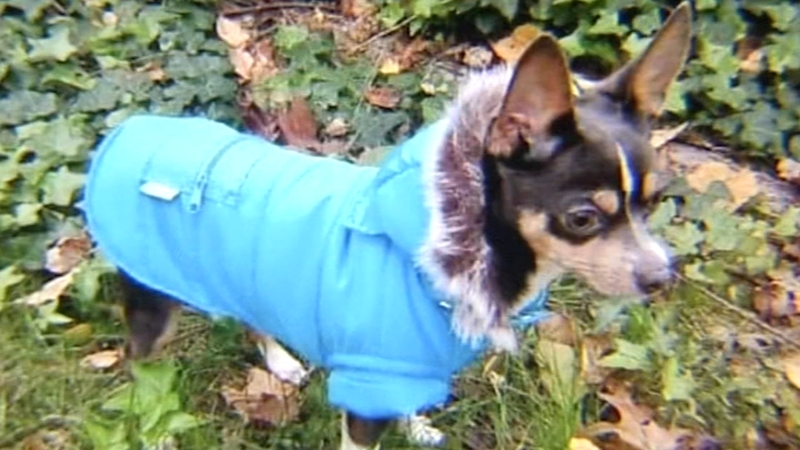 FAIRLESS HILLS, Pennsylvania -- Louis Moschitti of Fairless Hills said every now and then his beloved Chihuahua, Bruno, would wander into the neighborhood, but he would always come back within a few hours.

That's exactly what happened last Thursday. Only this time Bruno did not come back.

"That was before the rain, and I think what happened is while he was gone the rain came and washed away his scent and he couldn't find his way back," said Moschitti.

Bruno was found dead a few days later, just a few blocks away from home. He had several puncture wound to his side.

At first, the Moschittis assumed someone shot the dog with a pellet gun and left him for dead, but officials from the Bucks County SPCA came up with a different conclusion after examining the dog's remains.

"We can't say if it was a hawk or an owl, but that little six-pound dog was probably picked up by a bird and either dropped or injured enough that it killed it," said Nikki Thompson, Chief Humane Officer for the Bucks County SPCA.

Thompson says she hopes this story will serve as a cautionary tale for people with small dogs and cats.

She said there are things you can do to keep your tiny pets from becoming a meal for a bird of prey.

"One of the best things you can do is that you can always monitor your small dogs when they are outside," Thompson said. "Make sure you are with them, as birds are less likely to attack them if they have a person with them."

She also says to make sure your pet has some form of identification so the animals can, hopefully, be returned before anything unfortunate happens.

Meanwhile, Louis Moschitti he says he just hopes no one else will experience something like this.