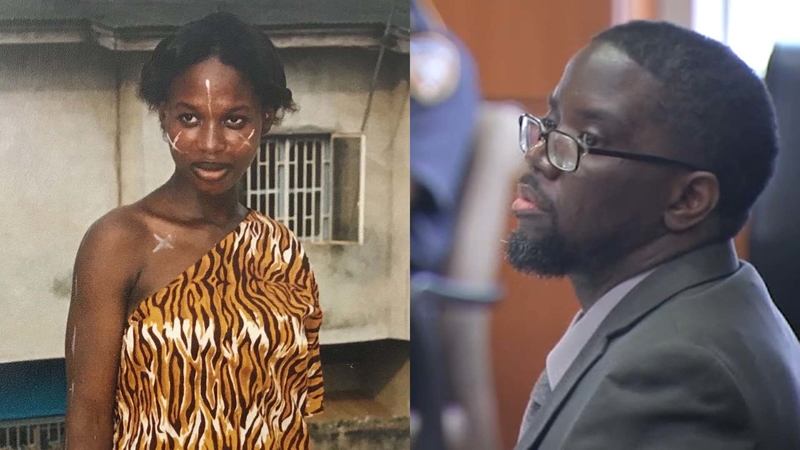 Man accused of stuffing wife's body in fridge representing self

HOUSTON, Texas (KTRK) -- The trial of a Houston man accused of killing his wife and leaving her body in a refrigerator began Monday, five years after he was arrested for the crime.

Patrick Lambert is accused of killing Anastacia "Ana" Oaikhena-Lambert. Prosecutors say he stabbed her 19 times before stashing her body.

The body wasn't discovered for 10 weeks.

Prosecutors allege that Lambert took the couple's infant son down to Mexico in Sept. 2014.

"The only person with the motive, the opportunity, the intent to commit this crime is Patrick Lambert," said prosecutor Catherine Johnson. "So, at the end of this trial, there will be only one true verdict in this case, and that verdict is finding Patrick Lambert guilty of murder."

Lambert, against advice from others in the courtroom, is representing himself in his murder trial. He was seen wearing a gray suit and glasses, read his opening statements from a few pages of handwritten notes, saying he did not kill his wife.

"I'm no public speaker and I am no public writer, nor have I been trained 10 plus years and I definitely don't have 20 plus years in experience at being a lawyer," said Lambert to the jury. "What I do have is you, for you guys to be logical thinkers. The state attorney, the offense, is going to attempt to point the finger at me as the person who killed Ana Lambert."

The judge has attorneys standing by, in case Lambert decides he needs help representing himself, but as the testimony continued, he appeared determined to serve as his own attorney.

For Ana's sister, none of that mattered and she just wants to see justice.

"We are very, very happy this day has come to pass, because we have been praying (and) hoping," said Anita Oaikhena Jeorge. "Now is the time for justice."