HOUSTON, Texas (KTRK) -- A Houston gang member was sentenced to life in prison after being convicted in the shooting of a 19-year-old girl to death in 2019, Harris County District Attorney Kim Ogg announced Saturday.

"This gang member took a teenage girl to a quiet neighborhood by promising to release her to her friends and gunned her down in cold blood to make it look like a drive-by shooting," Ogg said. "Only a monster could go through with that level of calculated planning and premeditation."

Patrick B. Jackson, 30, was convicted late Friday in the killing of Maria Fuentes.

Jackson is known to be a member of a street gang known as the Vice Lords, officials say.

Fuentes was found shot to death in the 5900 block of Hopetown in east Houston's Pine Trails subdivision on Aug. 31, 2019.

Police say, Fuentes had been taken and shot nine times with a drum-loaded AK-47, a type of assault rifle. Police found 22 shell casings at the scene.

Investigators learned that Fuentes went to Jackson's apartment to recover an AR-15 assault rifle that belonged to one of her former roommates.

When Fuentes and another man she knew walked into Jackson's apartment, he demanded to know what they wanted and brandished a firearm.

The man who came with Fuentes fled and later told authorities that he saw Jackson with a firearm and saw the missing rifle in the apartment.

"We obtained and presented all the possible evidence: DNA, cellphone records and surveillance video so that we could hold him accountable," said Assistant District Attorney Andrew Figliuzzi, who prosecuted the case. "He took a life, so viciously and so senselessly, and the jury has now held this killer accountable by its verdict."

Another man, Oshey Demond Petters, 28, is also charged with murder for his participation in Fuentes' shooting. His case is pending. 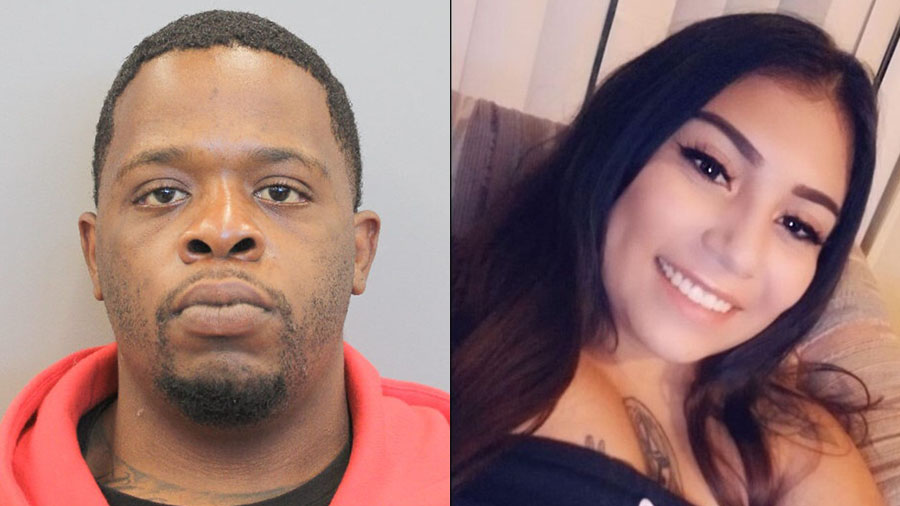 Patrick B. Jackson, a 30-year-old member of a street gang known as the Vice Lords, was convicted late Friday of killing Maria Fuentes, 19, whose body was found on Aug. 31, 2019.