13 UNSOLVED: What happened to Houston teen who vanished from drive-in 45 years ago? 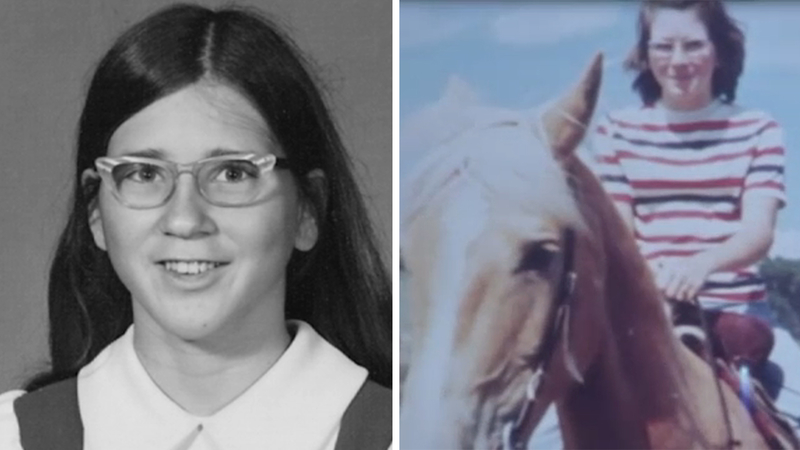 HOUSTON, Texas (KTRK) -- It's been more than 45 years since Patricia Kaye Humphreys went to a northwest Houston drive-in with her sister and never returned home. Now, Crime Stoppers is doubling the reward in her unsolved murder.

Think back to 1975: the Vietnam War was ending, Bruce Springsteen released his third album, "Born to Run," and "Midnight Cowboy" was a hit in theaters.

In fact, on June 25, Patricia, 15, and her sister, Debra, 16, went to see that Dustin Hoffman film in a double feature with "Lenny" at the Thunderbird drive-in. The theater once stood near the corner of Clay and Campbell Road.

The sisters were given special permission to borrow their mom's white Mercury Montego. A big deal at the time- one of the first times they had the car alone. Debra was up front with her boyfriend driving, friends recall. Patricia, known to classmates as Kaye, was in the back with a handful of other classmates.

During the intermission between the first and second film, the group went to the concession stand to buy snacks. Friends tell Eyewitness News Kaye had wanted cigarettes, so she decided to walk to the nearby 7-Eleven.

Police say she may have been going to the restroom. Whatever happened, Kaye never returned. 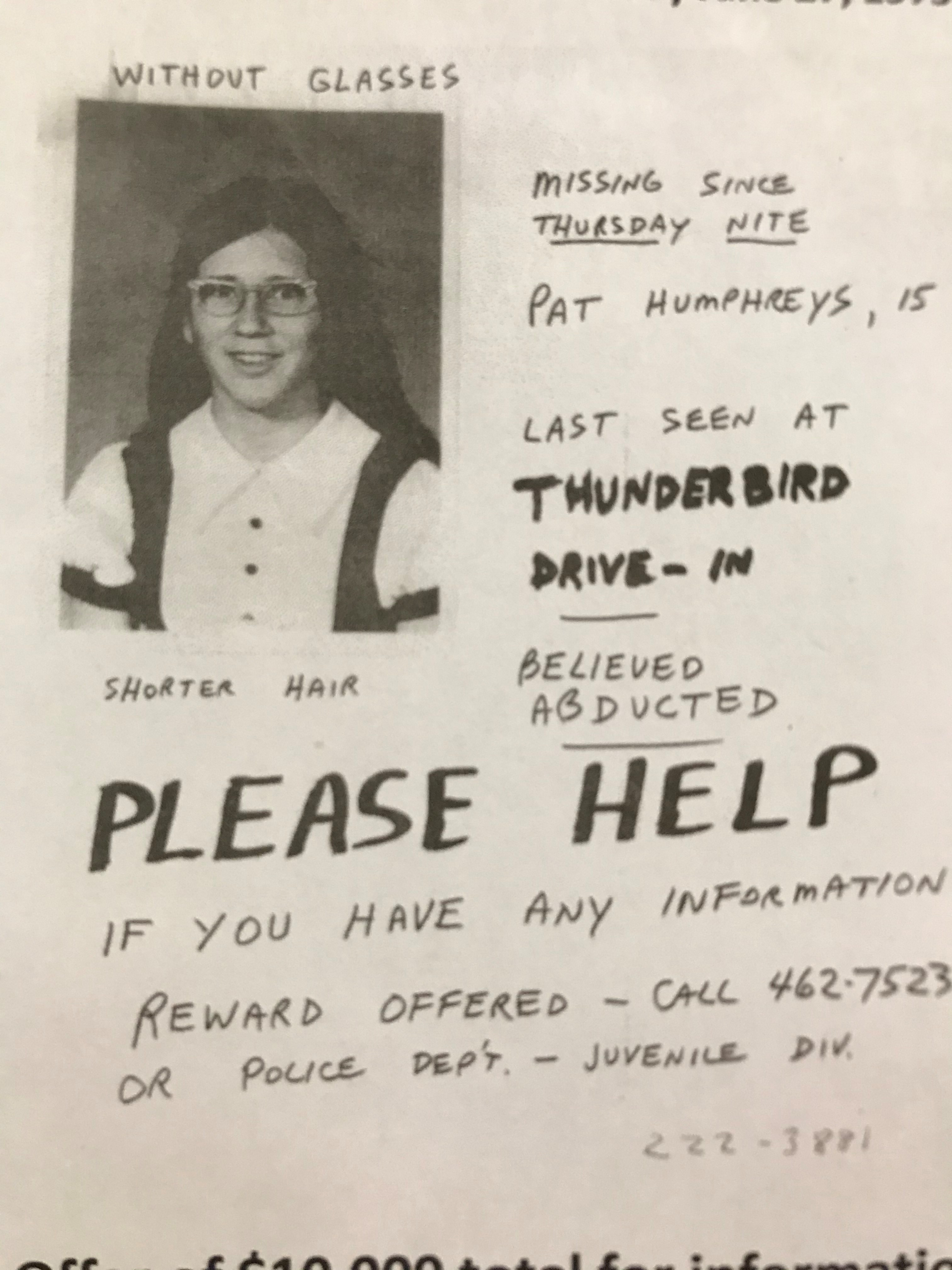 Six months later, Kaye's remains were found in the woods behind a church off Hopper Road, about 18 miles from the drive-in. Her clothing was scattered nearby, along with a brass ring with the initial "P."

Detectives say she was likely strangled. They were unable to tell if the teen had been sexually assaulted.

For more than 45 years, Kaye's father, Johnny Humphreys, has struggled not knowing what happened to his daughter.

"I just think about, in her last hours, she must have wondered where was somebody to protect her," says Humphreys. "Of course [that's] dad. That's what I think about."

ABC13's Courtney Fischer has been researching and working with Houston Police Department cold case detectives on this case for nearly 10 months. She'll be profiling Kaye's story as part of her "13 Unsolved" series, coming soon.

In the meantime, there's a push to bring this case back into the spotlight, because people involved are dying.

Kaye's sister, Debra, and her mother have since passed away, along with at least one friend who was with Kaye the night she disappeared. That, coupled with the fact that memories fade, could keep this case cold forever. Detectives have hope they can solve it. But, they need your help.

If you remember any details about this case, or, if you were at the Thunderbird drive-in on June 25, 1975, police want to talk with you.

Call Crime Stoppers at 713-222-TIPS. As always, your tips are anonymous. If you have information that helps solve Kaye's case, you could see up to $10,000 of the reward.

This is Patricia Kaye Humphreys. She went to the Thunderbird drive-in with her older sister, Deb, in June '75 -- and disappeared.

Kaye's remains were found 6mos later behind a church, 18 miles from the theater. She had likely been stranged, detectives say. Kaye was just 15yo. pic.twitter.com/ZSWB8uQKpY