Man poses for mugshot with his beloved pet parrot 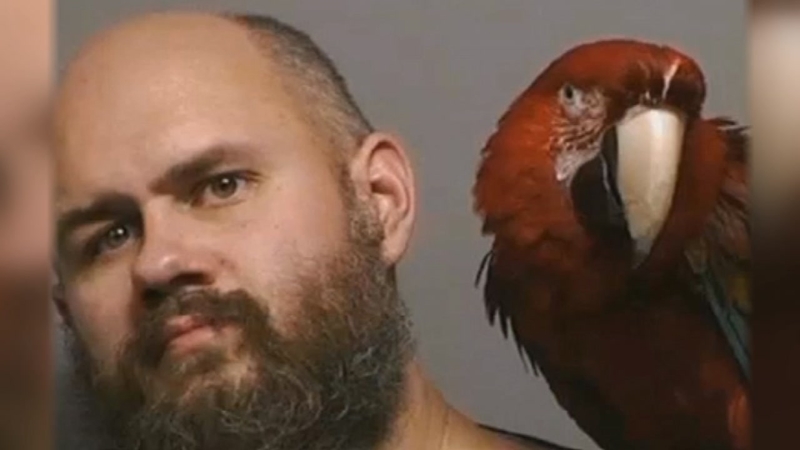 WASHINGTON COUNTY, OR (KTRK) -- An Oregon man is behind bars after posing for a rather unusual mugshot with his pet parrot.

KPTV-TV reports Craig Buckner, 38, turned himself in at the courthouse on Monday for allegedly violating a release order.

He showed up with his parrot, which he left outside the courthouse in a tree.

KPTV reports while he was in the courtroom, the judge ordered Buckner to be taken into custody and that is when he became worried about his bird.

A deputy said she went to check on the bird and found it outside in distress because crows were circling it.

Deputy McKelvey told KPTV, "This was Mr. Buckner's pet. He has had this bird since it has been hatched. I could just tell how concerned he was when he went into custody, this bird was so special to him."