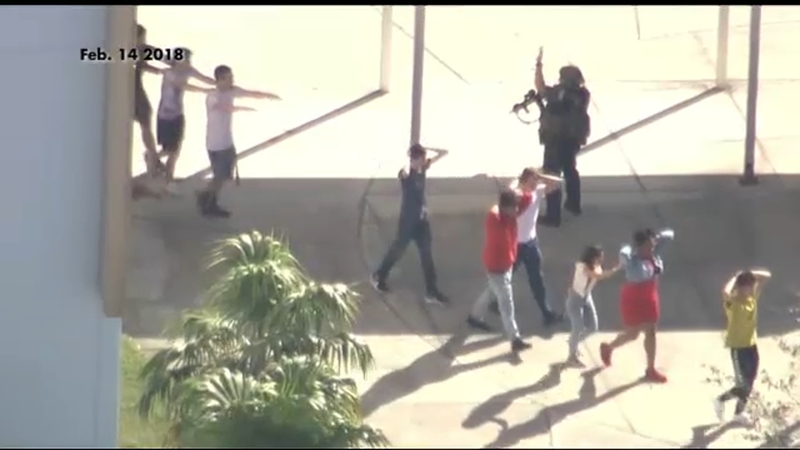 FORT LAUDERDALE, Florida -- A sheriff's sergeant fired because he sat in a parked car during a 2018 mass shooting at Marjory Stoneman Douglas High School will get his job back along with back pay, according to a statement from the union that represents deputies.

The arbitrator dismissed the case against Brian Miller after finding that his due process rights were violated when Broward Sheriff Gregory Tony terminated him, the South Florida SunSentinel reported.

A former student gunned down 17 people and injured 17 others when he entered the Parkland, Florida, school on Valentine's Day with an assault-style rifle. He is currently awaiting trial in Broward County.

On the day of the shooting, the deputy assigned to the high school, Scot Peterson, took cover while the gunman was inside the building shooting students, an investigation found. He was later fired and charged with multiple counts of child neglect.

The shooting exposed widespread failures at the sheriff's office, and eventually led to the ouster of Sheriff Scott Israel.

Miller was the first supervisor on the scene of the shooting, arriving in time to hear three or four shots, records show. A state commission assembled to investigate the shooting found that Miller took his time putting on a bulletproof vest and hid behind his car.

"Miller failed to coordinate or direct deputies' actions and did not direct or coordinate an immediate response into the school," a report from the commission said.

The video above is from a previous post.
Report a correction or typo
Related topics:
floridaschool shootingdeadly shootingparkland school shootingu.s. & worldjobs
Copyright © 2022 by The Associated Press. All Rights Reserved.
TOP STORIES
Man dead after being shot during road rage incident, HCSO says
Murder suspect dead after found unresponsive in cell, sheriff says
Child hospitalized after found 'unresponsive' at Splashtown
Your chance of rain is going up this weekend
Global K-pop sensation Seventeen kicks it in Houston in new tour
Authorities search ends for man with felony warrant out for his arrest
Weather for Preakness could be hottest in history of race
Show More
'NFTs: Enter the Metaverse' | Trailer
Driver shot during attempted robbery on Gulf Freeway feeder, HPD say
Suspect in intersection takeover arrested after 55-mile chase
First formula flights from Europe to arrive this weekend
Coast Guard suspends search for Houston woman off Alaska coast
More TOP STORIES News