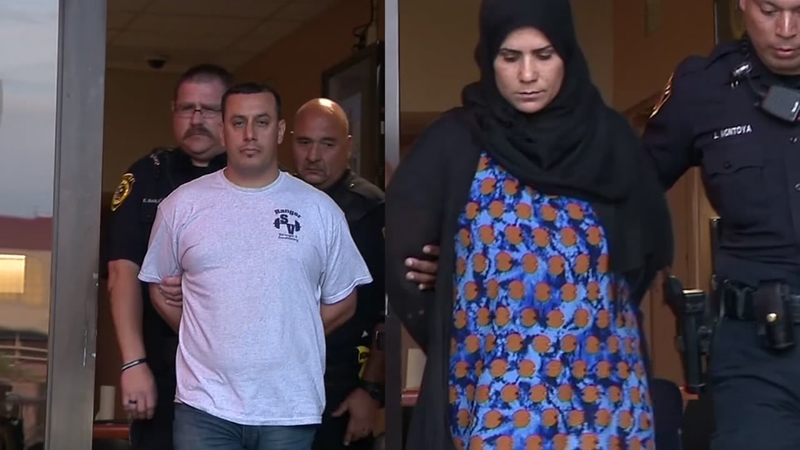 SAN ANTONIO, Texas -- A case of a missing San Antonio teen ended with the girl in protective custody, and her parents under arrest.

In February, her father made a desperate plea for help to find her.

"My daughter she got kidnapped or somebody took her," Abdulah Fahmi Al Hishmawi told KSAT-TV. "Something is wrong."

He complained local law enforcement hadn't done enough to solve his daughter's case and contacted the FBI for help.

"If you're still alive, we love you. We like you. We miss you. Please come back home," said Abdulah Fahmi Al Hishmawi.

The Bexar County Sheriff's Office says Abdulah Fahmi Al Hishmawi, 34, and his wife Hamdiyah Sabah Al Hishmawi, 33, were abusing their daughter, possibly because she didn't want to participate in an arranged marriage.

"It was reported to us that this young lady was abused with hot cooking oil being thrown on her body," said Sheriff Salazar. "She was beaten with broomsticks. At least at one point, she was choked almost to the point of unconsciousness."

But before the marriage could be carried out, Sheriff Salazar says, Maarib ran away.

Thanks to tips, Maarib was located by authorities. She and her five brothers are now in Child Protective Services custody.