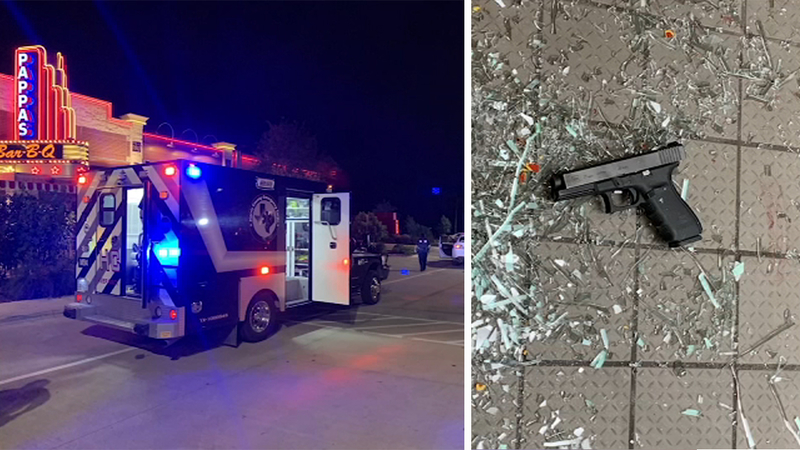 HOUSTON, Texas (KTRK) -- Harris County Sheriff's deputies say a man is in custody after opening fire inside the Pappas Bar-B-Q restaurant on Little York at I-69.

Deputies say the man first fired shots from his car as he drove down the Eastex Freeway because he believed someone was shooting at him.

He then pulled into the restaurant, fired shots at the back door and went inside, deputies said.

District 2 responded to a weapons disturbance at the Pappa’s on I69 @ Little York. A black male abandoned his car on the HWY after shooting it twice and then shot the back door and dropped his gun once inside scene is active @SheriffEd_HCSO @HCSOTexas @HCSOPatrol @HCSO_D2Patrol pic.twitter.com/hX9Qxn2LcU

HCSO says he then dropped the gun and started throwing food around.

"He appears intoxicated on some sort of drugs," Captain John Sannon said.

Deputies say the restaurant was closed at the time, and only employees were inside.

Photos from the scene show the suspect's weapon laying in shattered glass from the broken door.

No one was seriously hurt, but the man suffered several cuts from the broken glass.