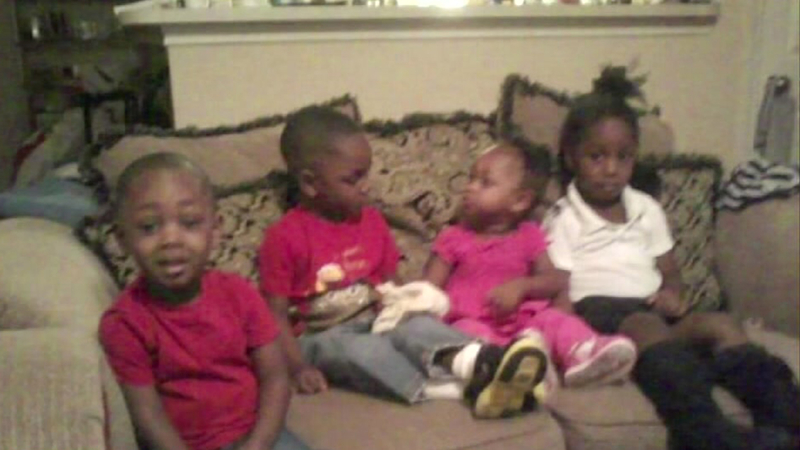 PALESTINE, TX -- A 66-year-old woman and four grandchildren were killed early Saturday after a creek overflowed its banks, flooding an East Texas neighborhood as many residents slept.

Capt. James Muniz of the Palestine Police Department told The Associated Press that six to 10 homes in a Palestine cul-de-sac were severely damaged following heavy rainfall over the course of just a few minutes after midnight. All other residents of the cul-de-sac were accounted for, he said.

Around midnight, police were called with reports that the floodwaters had reached the rooflines of several homes. Several hours later, another call came in about a missing family in the neighborhood.

City crews found the five bodies - including the four children, all younger than 9 - near one of the homes before dawn after the floodwaters had receded.

Rescuers waded through waist-deep floodwater, going house to house to find the family.

"The water came down the hill," Muniz said. "The street was full of mud, so the water just came up. With the enormous amount of rain we had, we had people tell us that within minutes, the water was waist deep."

The bodies of two of the children were first found by a neighbor in the front yard of a residence near their flooded street. A continued search then revealed the bodies of their grandmother and two other children who were swept away by the flood waters.

The identities of the woman and her grandchildren are not yet known. Police have yet to reach their next of kin, they said.

City officials used a dump truck to rescue one man from the roof of a home, Muniz said.

One neighbor told authorities that he saw the family but lost sight of them as he waded through waist-deep water.

Another six to eight families were also displaced by floodwaters on this single street in Palestine.

The Red Cross has been dispatched to help the storm victims.