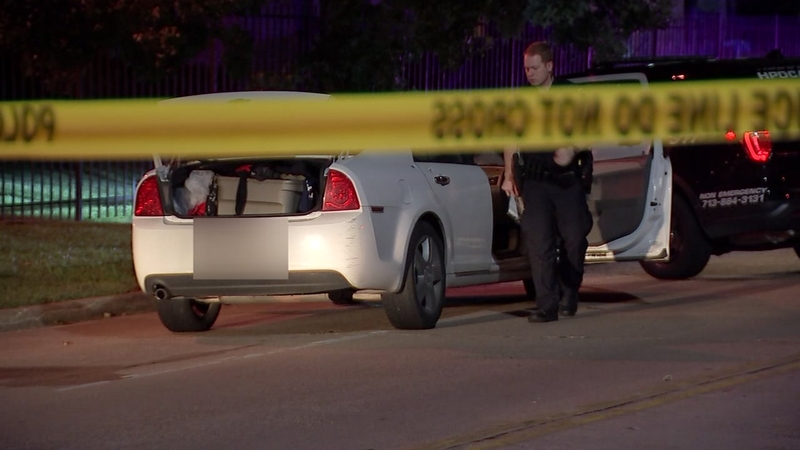 HOUSTON, Texas (KTRK) -- Two teens are in custody after police say they opened fire at an off-duty Houston police officer in north Houston.

This all started as the officer was escorting a seafood restaurant manager to a bank to make a night deposit. The officer noticed a suspicious vehicle around the bank on Imperial Valley at Beltway 8.

The officer turned around and started following the car. That's when shots were fired.

"Do you have an extra units available? I was working an extra job, about to do a bank drop-off. There's a vehicle blacked out, white Chevy," the officer could be heard over radio transmissions. "Eastbound on North Sam Houston toward Imperial Valley."

On duty back-up officers arrived and they arrested the man and woman. They are 18 and 19 years old.

Police won't say which one was the shooter.

At this point investigators don't know why they shot at the off-duty officer or what the intent was.

Detectives are talking to them now.