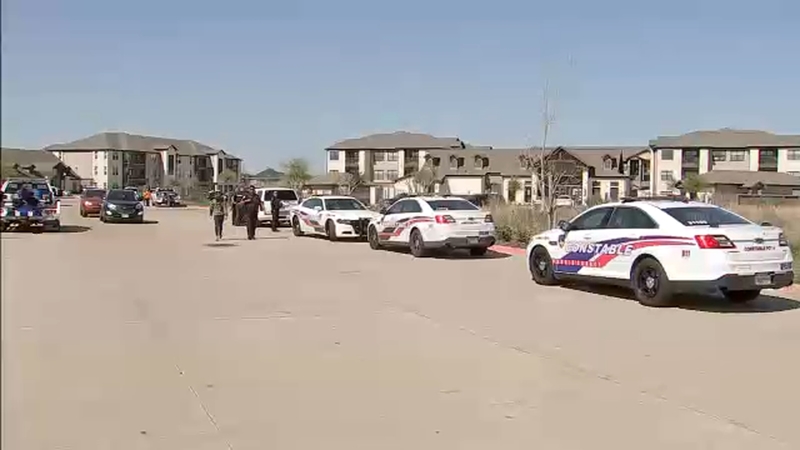 Investigators say that at about 2:15 p.m., a Humble police officer conducted a traffic stop at the 9387 FM 1960 and Deerbrook Park the suspect fired at an officer, and the officer shot back.

The suspect fled toward nearby apartments where he was caught and arrested by police, according to officials.

The suspect did not suffer any injuries, police said. The office had a bullet go through his leg pant, but it did not hit him, police said.

@HCSOTexas units/Investigators are responding to an Officer-Involved Shooting at 9387 FM 1960. Preliminary info: Humble PD traffic stop. The traffic stop subject discharged a weapon at the officer & the officer returned fire. No reported injuries to the officer. Suspect fled 1/2 pic.twitter.com/xRO9ifTRay

Constable Mark Herman's Office is assisting the Humble Police Department in searching for a suspect who shot towards a Humble Officer and fled on foot into an apartment complex. pic.twitter.com/3W73sda9cq