Police officers pay for groceries of woman accused of shoplifting 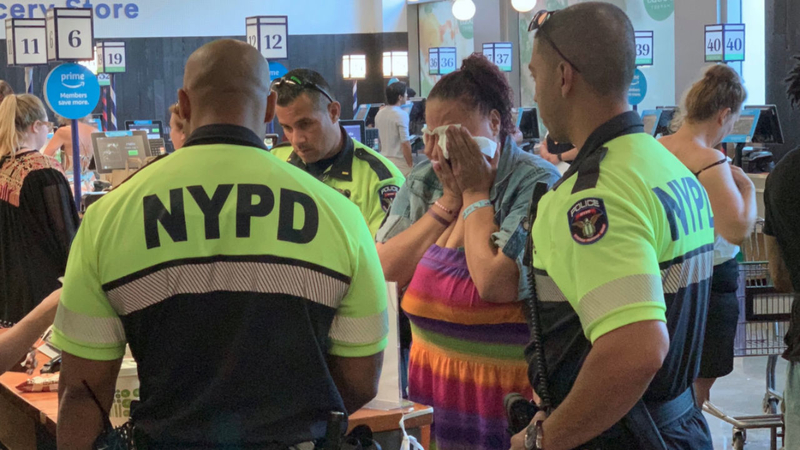 NYPD officers pay for groceries of woman accused of shoplifting

MANHATTAN, New York -- A trio of NYPD officers decided to pay for a woman's groceries instead of making an arrest after she was accused of shoplifting.

The officers from the Strategic Response Group were at Whole Foods around 1 p.m. on Thursday when the incident occurred.

Although Whole Foods security called police, the officers were already in the store buying lunch.

They found the woman being held by security with food in her bag she did not pay for. When the officers asked the woman what was going on, she told them she was hungry.

"We looked in her bag and all we saw were containers of food, we didn't see anything else, it was just necessity food," Officer Esnaidy Cuevas said.

That's when they decided to pay the $35 for her food, instead of taking further action to arrest her.

"When you look at someone's face and you notice that they need you, they're actually hungry, it's pretty difficult as a human being to walk away from something like that -- we weren't raised like that, it's the right thing to do," Lt. Louis Sojo said.

A man who took a photo of the act of kindness and posted it online said it was a moving moment to witness.

"It was a nice moment for, you know, people, it was compassionate and the woman obviously was really grateful," Paul Bozymowski said.

The officers said the woman thanked them, but was pretty much speechless.

Cops like Lt. Sojo and Officers Cuevas and Rivera of the Strategic Response Group are the kind-hearted cops who quietly do good deeds for New Yorkers in need. My thanks to @pboz for highlighting the often unnoticed. https://t.co/gbsjkx3iVE