Neighbors panic in the street as fire destroys home in N. Harris Co. 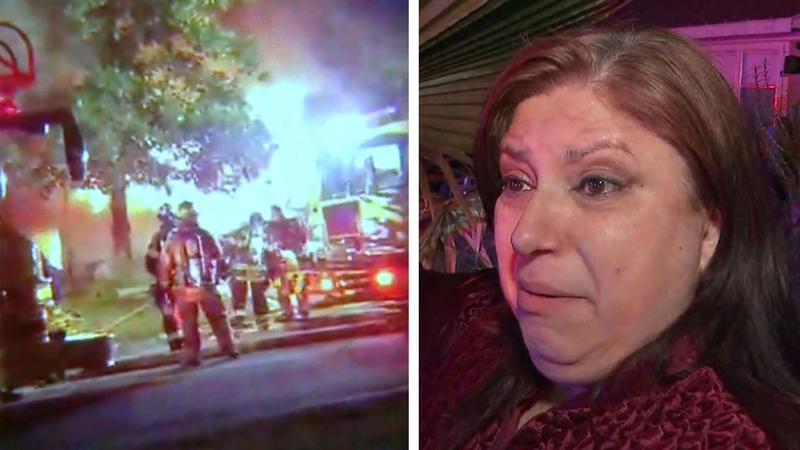 HOUSTON (KTRK) -- Firefighters rushed to a home in the Aldine area early this morning after it was engulfed by quick-moving flames.

Firefighters are battling flames at a home in north Houston

While we do not yet know the cause of the blaze, neighbors said the intense flames sent them running to shield their own homes from going up in flames.

Grace Wheeler told Eyewitness News she awoke to a commotion outside and banging on her front door. Embers, she said, were hitting the rooftops of nearby homes.

"I heard screaming and hollering, and I heard 'pop, pop, pop,'" Wheeler said. "I tried looking out the window...the whole entire house was engulfed."

Home on the north side is gutted in early morning fire, live report coming up on @abc13houston - the reason neighbors were so concerned pic.twitter.com/qF5LuBBlyg

When Wheeler made her way outside, she said she watched as neighbors grabbed their garden hoses, trying to fight off flames from spreading to their own homes.

She says the homeowner's son lives in the home that caught fire. He was reportedly seen screaming in the street that "everything is gone."

"My neighbor Anne was crying," Wheeler said, "and it was very frightening."