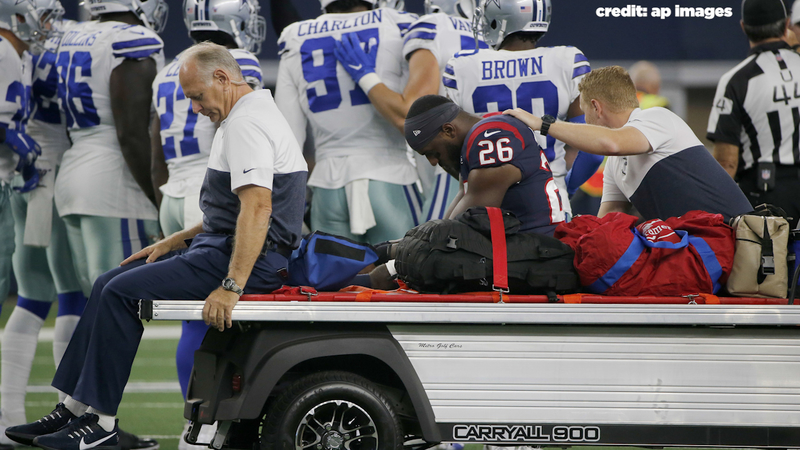 An MRI has confirmed that Houston Texans running back Lamar Miller has a torn ACL and will miss the upcoming season, a source told ESPN's Adam Schefter.

Miller suffered the injury during Saturday night's preseason game against the Dallas Cowboys. He was taken off the field on a cart during the first quarter in Arlington, Texas.

Related: Houston Texans shut out in 34-0 loss to Dallas Cowboys

On first down, Miller was tackled by Cowboys tackle Maliek Collins, who hit him just above the left knee. Miller, 28, grabbed his left leg and was checked out by the medical staff. He was eventually carted off the field.

"It's very difficult to lose a guy like Lamar, for a lot of reasons. He's a great pro. He's just an awesome guy in the locker room," Texans coach Bill O'Brien said after the game.

Miller has been the Texans' lead back since 2016. In 14 games last season, he ran for 973 yards on 210 carries and scored five touchdowns. Miller is entering the final season of a four-year contract.

Houston traded for running back Duke Johnson earlier in the month but was hoping to feature both backs in its offense. Miller was replaced in Saturday's game by Taiwan Jones.