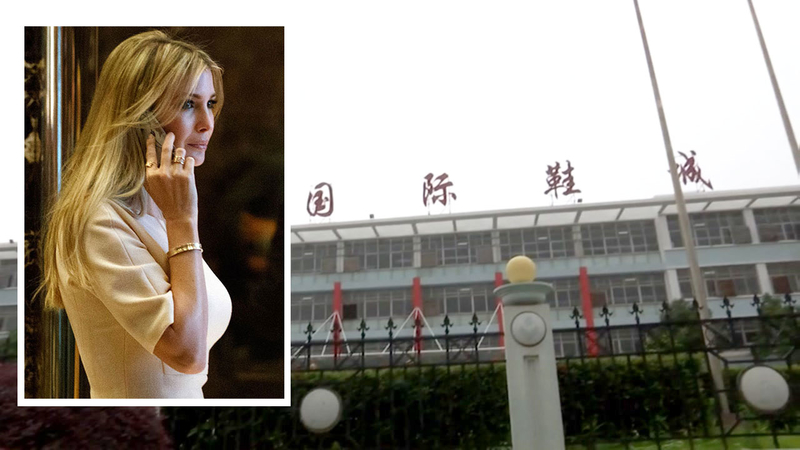 GANZHOU, China -- One current and two former employees at the Chinese factory that makes shoes for Ivanka Trump have told The Associated Press that workers endured abuse, overtime that stretched past midnight and low pay.

The Huajian Group, which owns the factory, said allegations against it are "completely not true to the facts, taken out of context, exaggerated." It also said it stopped producing Ivanka Trump shoes months ago.

Meanwhile, Chinese authorities have released on bail three activists who were detained after investigating labor conditions at the factory that produced shoes for Trump and other brands.

The three activists walked out of a police station in Ganzhou, a city in southeastern Jiangxi province, on Wednesday, the final day of their legally mandated 30-day detention period limit.

The activists were working with China Labor Watch to investigate factories in the southern Chinese cities of Ganzhou and Dongguan.

Sales surge for the Ivanka Trump brand in the month of February.

Nordstrom is sticking to its guns, even as President Trump publicly lashes out against the company on Twitter.