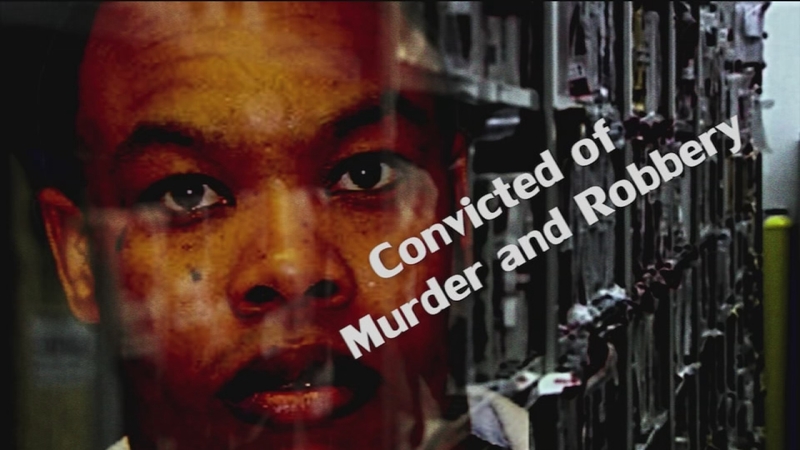 While the DNA sat, alleged rapists did not

HOUSTON (KTRK) -- It was a celebration at Houston City Hall in October as Mayor Annise Parker and U.S. Senator John Cornyn surrounded by police officials, praised the city's successful effort in clearing a three-decade backlog of DNA evidence of sexual assaults that had sat untested in a police evidence room.

Officials in October also announced new charges filed against alleged rapists in 19 cases as a result of these fresh rounds of rape kit testing.

What they didn't say is that those accused rapists went on to be charged with other crimes while their DNA sat untested in the police evidence room. At least two of the 19 were convicted of sexual assaults, and one of those involved the rape of a child. Another of the 19 was convicted of murder.

An ABC-13 investigation has also found:

Jolanda Jones is a former Houston city councilwoman who in 2011 called for additional money to clear the city's rape kit backlog. She warned the city that leaving thousands of rape kits untested would have disastrous consequences.

"Not prosecuting these criminals allowed them to continue to terrorize us, to rape women to rape children," Jones said after seeing ABC-13's findings. "If they did their job they would've been locked up, and they couldn't have assaulted so many people."

Leaving the rape kits untested, as well as having potentially hundreds of other cases that will never be prosecuted because of the statute of limitations, means no closure for many sexual assault victims, Jones said.

"Your piece of mind is taken," she said. I'm incredibly passionate about this. I survived incenst... I survived rape in college and you need closure. That's one of the ways that you move forward."

As the backlog grew, Houston Police Department officials said it was due to a lack of solid leads, as well as a slow learning curve for investigators to grasp the importance of DNA evidence.

Capt. Jennifer Evans is in charge of the Houston Police's Special Victims Division. She said her past colleagues were making the best decisions they could at the time. There was no bias or malice against the victims whose rape kits weren't tested.

But records show that many times matches with suspects could have been made years earlier if police had tested the kits in their own evidence room. 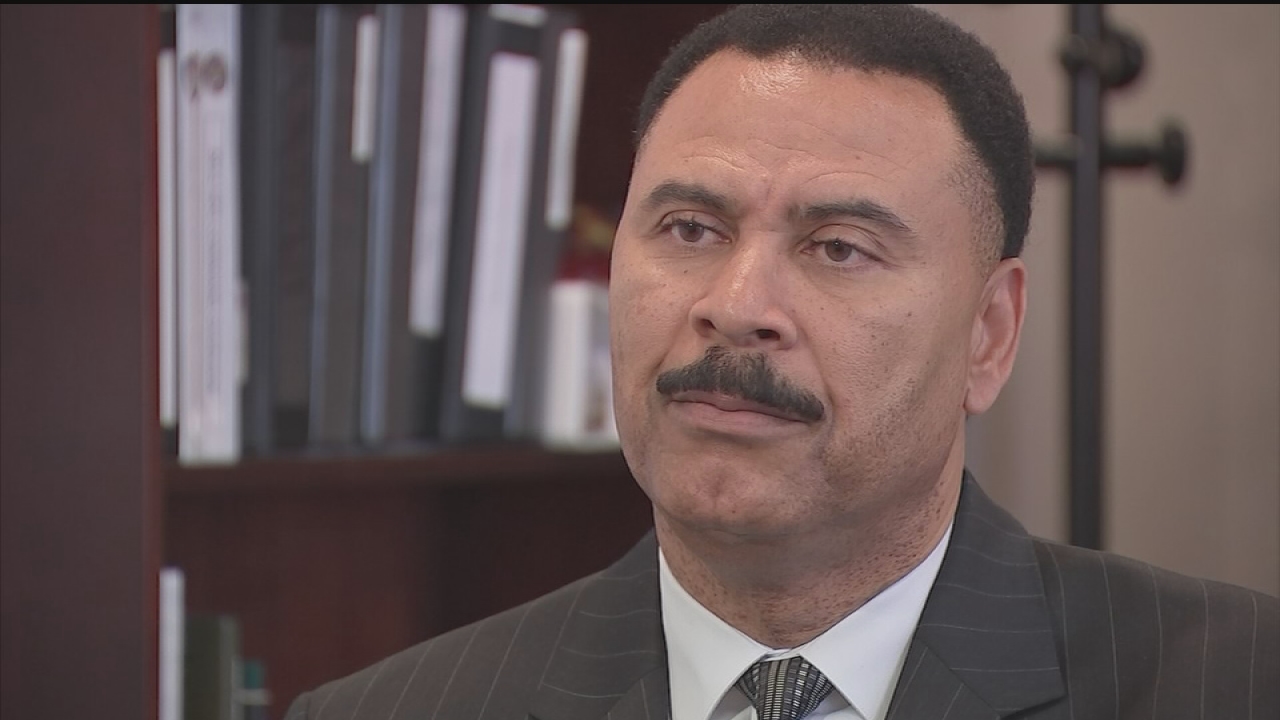 An example is a survivor of one the 19 sexual assault cases that city officials point to as proof of Houston erasing the rape kit backlog.

"Do you know what it's like to be afraid to be in a crowd or to walk down the street and keep looking behind back to make sure nobody is behind you?," she said. "That's every day."

ABC-13 is withholding the name of the victim because of the nature of the crime. 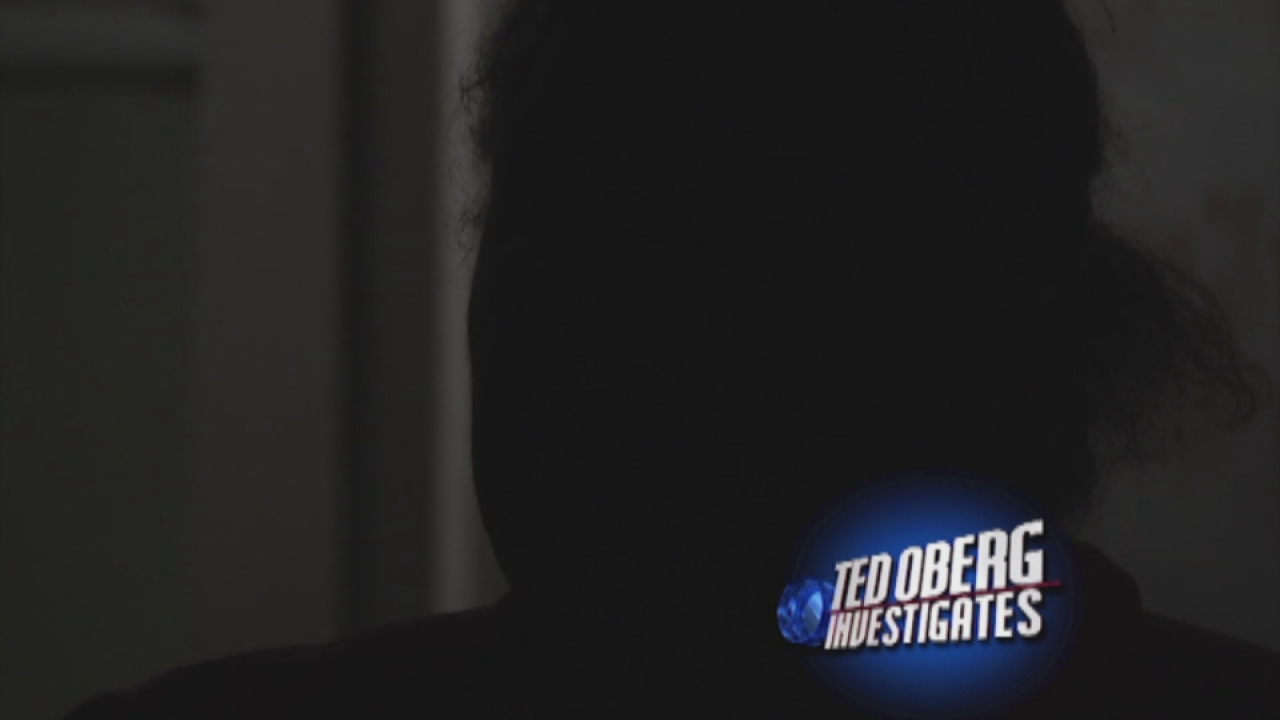 Sexual assault survivor shares her shame, fear
She is a survivor of one the 19 sexual assault cases that city officials point to as proof of Houston erasing the rape kit backlog. It took seven years for her to find out who her alleged rapist was. Without the backlog she could have known immediately

On Jan. 4, 2007 she drove to visit a friend and her car got stuck in a ditch near West Tidwell Road.

"I got stuck in the mud with my car," she said.

A man who she didn't know offered to help push her out of the mud. He did, and when the car was out of the mud, the good Samaritan became just the opposite. He struck her in the head, she said.

"He came behind me and knocked me down... and did what he wanted to do," she said.

She struggled and fought back but finally "closed her eyes until it was over," according to court records.

"It seems like yesterday," she said."I don't know how many years got to go by for it not to be like that, but I know it's like yesterday. Especially when I go outside and have to go somewhere. I'm so fearful until I get home."

She went immediately to police, records show, and at a hospital, a nurse found the alleged rapist's DNA on her.

The DNA, placed in a rape kit, sat on a shelf for years, next to thousands of other untested rape kits.

When it was finally tested in 2013, there was an instant match.

Clarence Wyatt had been in a Texas prison for murder and other crimes and was forced to give a DNA sample in 2002, five years before he allegedly victimized this woman.

Had police simply tested the evidence they had, she wouldn't have had to wait years for police to arrest her alleged attacker.

"And they would've had him off the street," she said. "That's a hard pill to swallow. Because they hadn't found him you don't know whether he's going to come back to hurt you again. I don't know much about crime, but I think if they've done something bad one time, they're going to do it again."

Wyatt is now in the Harris County Jail awaiting trial. He has pleaded not guilty.

No one has ever apologized to her for the delay.

Houston police didn't even tell her there didn't have to be a delay. When a police official talked to her last year to inform her about the arrest, she said she was told that police were simply looking at cold cases.

"You're the first person who told me that," she said to an ABC-13 reporter. "I don't know what you call it other than bad judgment, laziness, not really caring."

While HPD's Evans was reluctant to talk about specific cases, she said that investigators are purposefully vague with victims.

"We're very careful when we present information to our victims," Evans said. "We're vague intentionally to make sure that we're not leading our victim, that they're leading us to the evidence."

ABC-13 found other examples of the how some alleged rapists walked free longer than they might have because of Houston's DNA delay.

Take Keith Hendricks. He was convicted of rape in Indiana in 1978.

He is now charged with a 2006 sexual assault. Court records allege Hendricks' DNA was found on or inside the rape victim's body. But after it was collected it sat on a Houston police shelf for 6 years until the city started tackling the backlog.

And while the DNA from that sexual assault sat untested in a lab, Hendricks was accused by authorities of beating one woman and raping three others. All of those crimes took place in Houston, according to court records.

After a 2007 sexual assault charge, he was forced to give a DNA sample, records show.

If officials had tested the original rape kit, it would have solved the 2006 case and maybe prevented another. Hendricks has pleaded not guilty to the 2006 sexual assault.

Jimmy Kimble is now charged with a 2004 rape. He has pleaded not guilty. While the DNA in that sexual assault sat untested on a lab shelf, Kimble committed murder and assault, records show.

Christian Johnson is now charged with sexually assaulting a Houston woman in 2004. He has pleaded not guilty. While the DNA from that attack sat untested in the lab, he sexually assaulted a woman in 2010 and a child in 2011, according to court records.

Robin Guidry is the DNA technical leader for the Houston Forensic Science Center, created to take over what was previously the Houston Police Department's crime lab. She concedes that if there had been more rigorous attention paid to the rape kits, some violent attackers would be behind bars today.

"If testing had been completed, perhaps some of those offenders wouldn't be on the streets of Houston, maybe they would be in prison," Guidry said.

And while there may be a string of victims without answers, Guidry is working with the Houston Police Department to make sure that never happens again. Indeed, the work of Guidry and her team is is leading the way for cities dealing with rape kit backlog issues across the nation.

Now, in Houston, every rape kit is tested.

About 90 rape kits are collected as evidence in Houston each month.

"On a weekly basis we collect every kit that was collected in the previous week," she said. "It prevents a backlog from ever happening again. It's important to get that DNA evidence into a national database and try to identify perpetrators as quickly as possible.

"We want to get violent criminals off the street."

The rape kit backlog was found in 2002, when a state investigation uncovered severe problems in the Houston police crime lab.

According to an audit around that time: "the DNA Section was in shambles - plagued by a leaky roof, operating for years without a line supervisor, overseen by a technical leader who had no personal experience performing DNA analysis and who was lacking the qualifications required under the FBI standards, staffed by underpaid and undertrained analysts, and generating mistake-ridden and poorly documented casework."

Because of a result the state's findings, the DNA unit was temporarily shut down.

In 2013, Houston City Council, at the urging of Parker and with help from Cornyn, used $4.4 million to chip away at the rape kit backlog.

C.O. Bradford, Houston Police chief from 1997 to 2004 and now a city councilman, said that victims like the one ABC-13 spoke to deserve an apology.

"I say the city of Houston owes them an apology," he said. "I think the Houston Police Department, (me) as a former police chief and other police chiefs, mayors and councilpersons owe an apology to those particular victims because evidence that could have made a difference in their case was not gotten to as quickly as it could have and perhaps should have."

If you are a survivor of sexual assault and want to discuss your case call the Houston Police Department's Sexual Assault Information Line at 713-308-1400.