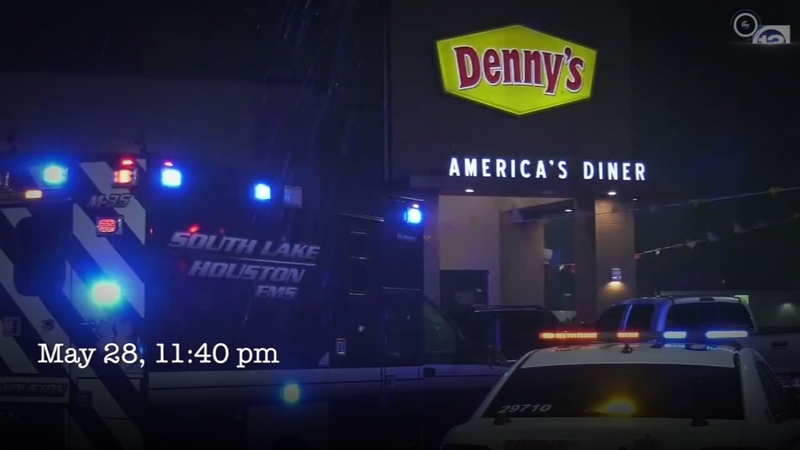 A timeline: Deadly confrontation outside Denny's in Sheldon

HOUSTON, Texas (KTRK) -- A husband and wife have found themselves thrust into the national spotlight for their involvement and subsequent indictment in a fight that left a third man dead.

John Hernandez died following an incident at a Denny's restaurant on May 28. Investigators said Hernandez was urinating outside the restaurant and that Terry Thompson had yelled at him to stop. A physical altercation ensued, and Deputy Chauna Thompson, who is Terry's wife, met him at the restaurant.

Video of the incident shows Terry on top of Hernandez, locking him in a chokehold. Witnesses said Chauna was also trying to restrain Hernandez, putting her knee down on his arm.

Deputy Chauna Thompson was pulled from her patrol responsibilities and assigned to desk duty.

In an unexpected twist, both Terry and Chauna have since been indicted on murder charges by a grand jury.

WHAT WE KNOW ABOUT CHAUNA AND TERRY THOMPSON:

PATERNITY LAWSUIT
A paternity suit was filed in 2000 while Terry Thompson was in the Navy.

Terry Thompson was convicted of burglary of a vehicle in 1998.

MARRIAGE
Chauna and Terry Thompson were married in Jan. 2001.