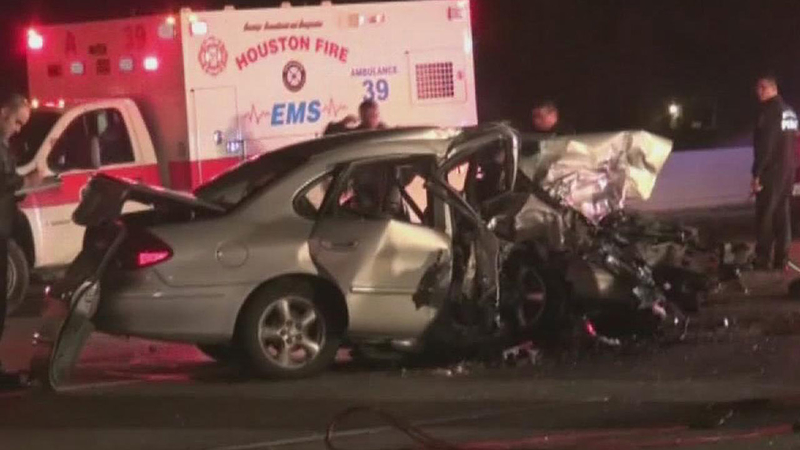 HOUSTON (KTRK) -- A horrific wreck played out on the North Loop overnight as witnesses looked on in shock. Police say a wrong-way driver's actions led to a deadly crash. Two women were killed and a third is fighting for her life.

Witnesses say it was almost unavoidable.

"The guy was doing about 70 on the freeway," said witness Anthony Batiste. "I dodged him. I saw him hit the other car head on."

Witnesses describe the frantic moments before the collision. Drivers told us all of a sudden, they looked up to see a Ford going westbound in the eastbound lanes of the North Loop just before Jensen drive.

"Right at me," said Batiste. "I dodged him. She tried to dodge him, but it was too late. Straight up, hit here."

Look no further than the mangled metal. You get a sense of how violent the impact must've been. Two females passengers inside a dark Chevy were dead, according to Houston police.

Their female driver was taken to the hospital with serious injuries, we're told in a distraught and overwhelmed state.

"Because the speed is compounded by the two vehicles traveling at each other, it's worse than running into a brick wall," said Sgt. J.R. Roberts with the Houston Police Department.

What's most aggravating is that investigators suspect the wrong way driver got behind the wheel intoxicated.

"There was an odor of an alcoholic beverage coming from the at fault driver," said Sgt. Roberts.