HOUSTON -- Every step 17 year old Luke Burnham takes in therapy at TIRR Memorial Hermann is one step closer to his goal of walking on his own.

"When he came here he could only straighten one index finger. And that was it," said Luke's mother, Robin Burnham. She tells us about the car crash, just over a year ago, which led to his traumatic brain injury.

"He was getting his running in and during his run, a car hit him," she said. The prognosis from doctors was bleak, "If he survived he would be a vegetable."

The injury brought him here to TIRR Memorial Hermann, for evaluation by a team of professionals, among them, clinical neuropsychologist, Katherine O'Brien.

"I remember sitting down with Luke's parents, and saying I don't know if Luke will ever return to school, they were not happy with me that day."

It's been a long road which started with small steps.

"He was communicating with us holding up 'yes-no cards' and he would look toward the answer," said O'Brien.

Luke and his mom say hard work and prayer has guided them through the many months since the crash. This week, everyone is in good spirits, as Luke prepares to head back to class on Monday, hoping to graduate with fellow seniors.

"I'm looking forward to seeing all my friends again and all my teachers," said Luke.

He took summer school and will even take more classes than the average senior to graduate on time. When he arrives, he hopes to immediately put everyone at ease.

"I want them to know that because I had a brain injury I'm still the same Luke, no different," said Luke.
Related topics:
houstoncar accidentspedestrian struckhospitals
HOSPITALS 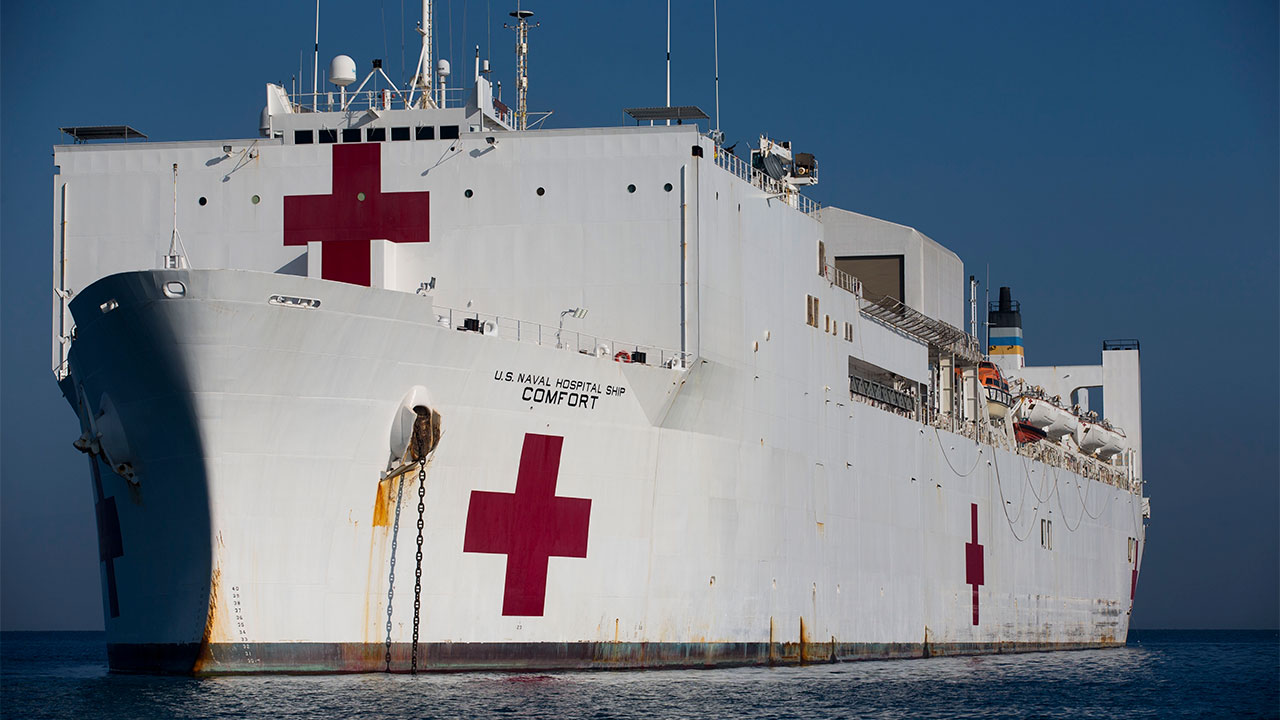 Navy hospital ships set to arrive in LA on Friday, NYC on Monday