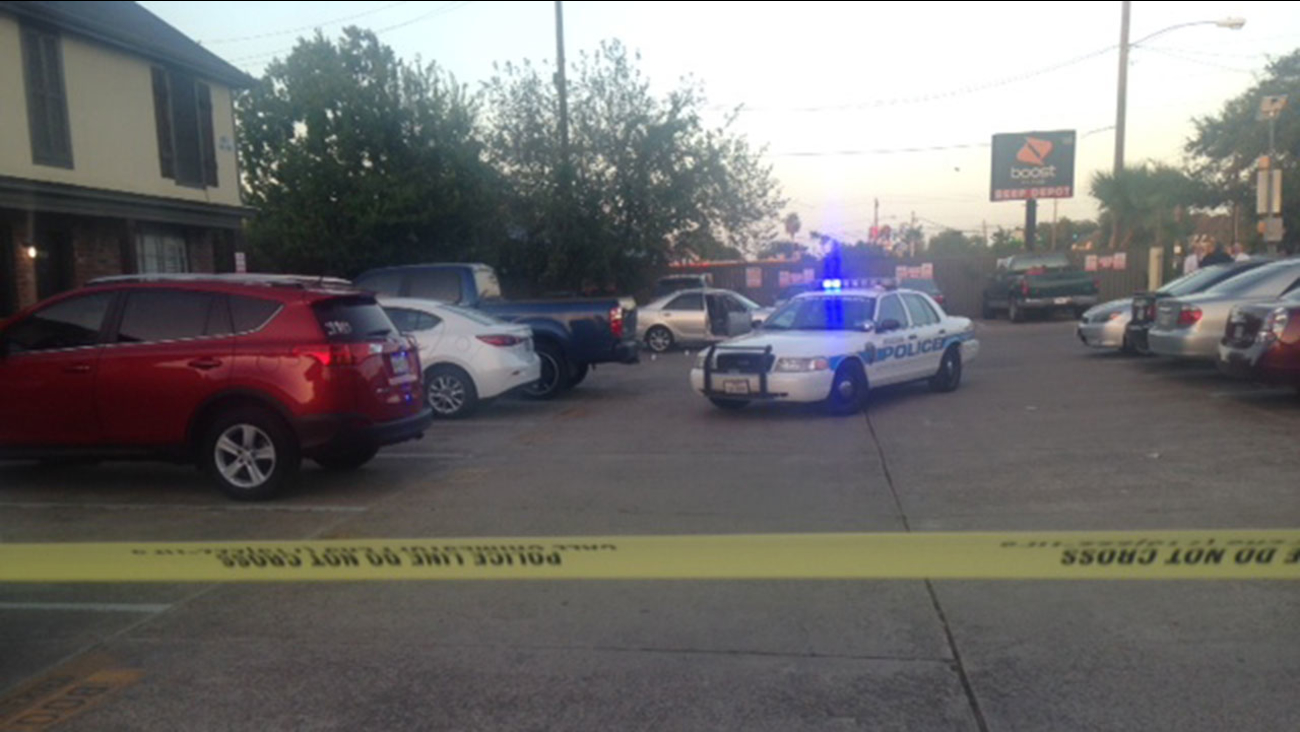 HOUSTON (KTRK) -- A suspect was taken to the hospital after an officer-involved shooting in southwest Houston, according to HPD.

It happened just before 7pm while two officers -- one in uniform, the other in clothes bearing the word "police" -- working an extra job were patrolling the La Estancia Apartments on 6200 Gulfton.

Police say the officers, who were driving an unmarked car, noticed three men acting suspiciously and confronted them.

"So the one suspect with a gun, he kind of separates from them and is king of moving along and walking very fast -- an officer described as a quick trot as if he was going to use the gun to either go shoot someone nearby or go rob someone nearby, that a decision had been made to use that gun in some manner," HPD Spokesman John Cannon said. "At that time, the officer in the passenger seat ... sees that, immediately gets out of his vehicle, yells toward the suspect with a gun, verbal commands to put the gun down, that he's with HPD."

Cannon says the suspect ignored those commands and instead turned toward Officer T. Harris, pointing the weapon at him.

"That's when the officer discharges his weapon more than one time," Cannon said.

Witnesses say they heard as many as eight gunshots.

The suspect was shot more than once and was taken to Memorial Hermann Hospital. His condition is not known at this time.

One of the men with the suspect has been detained and officers are still looking for the other.
Copyright © 2021 KTRK-TV. All Rights Reserved.
More Videos
From CNN Newsource affiliates
TOP STORIES