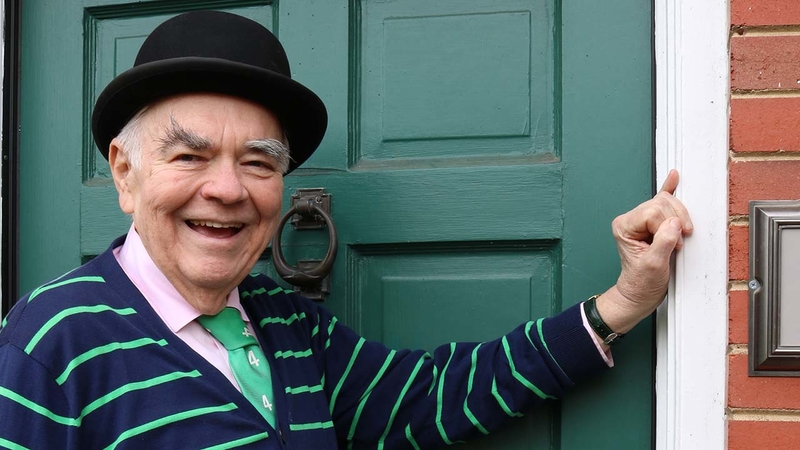 St. Patrick's Day is the biggest holiday of the year to this Houstonian

HOUSTON, Texas (KTRK) -- Christmas has nothing on St. Patrick's Day, at least not to Tom Horan, Houston's "Irishman Extraordinaire."

Horan ran Houston's St. Patrick's Day parade for decades, was a PR pro and a food critic and is known for being all things Irish.

At his home filled with bright greens, shamrocks and even his own Tom Horan label of whiskey, Horan mournfully looked at Houston's own Irish history - in the form of the Shamrock Hotel. The monster hotel, the largest anywhere built in the 1940's, was at the corner of Holcombe and Main.

"We had the world's largest swimming pool," Horan said. "We used to put a motor boat in the water with water skis in it."

Photograph of the exterior of the Shamrock Hilton Hotel.

Horan ran the hotel's PR until it closed in 1986. He and others fought diligently to save the historic building and the charm that it held, but were ultimately unsuccessful.

It was sold to the Texas Medical Center and demolished. A parking lot is on the site today.

But today, Horan focuses on how impressive he can be to his grandchildren by showing off whiskey named after him.

Horan's whiskey has displays in Spec's stores across the country.

He's so Irish, he has two Irish whiskeys -- with his name on them.

"I'm the only one alive that has an Irish whiskey named after him. You go down to Spec's and they're all dead except for me."

Tom is a walking history book -- not only on Houston's Irish history but Saint Patrick's, history too:

"He did go to Ireland to convert Ireland. Ireland was a pagan state. And St. Patrick came to Ireland and converted them just like these thousands of priests and nuns have come here as missionaries."

But in circles here, he may just be as big as the Saint himself.

His health has kept him in recent years from being as involved as he'd like, but he's still sporting the green and of course, sipping from his favorite Irish drink - celebrating his version of Christmas.