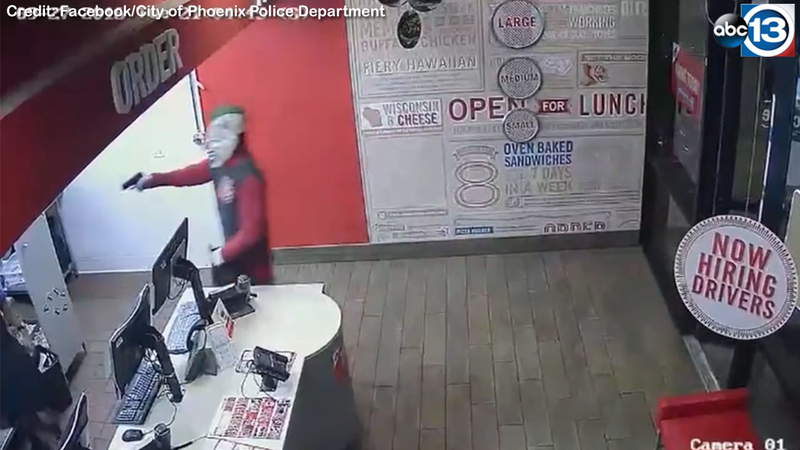 Phoenix police say one juveniles robbed a Taco Bell and Domino's Pizza at gunpoint and the other acted as a getaway driver.

Just before 8 p.m. Tuesday, police responded to the Taco Bell for a call of an armed robbery.

The suspect was armed with a handgun, wearing what was described as a clown mask. Police say he fired a shot during the crime, but no one was injured.

A second incident occurred at a Domino's restaurant while police were responding to the first incident. Like the first robbery, the suspect was wearing a clown mask and fired a gunshot, but no one was hurt.

The primary suspect in these robberies was arrested during a traffic stop on Wednesday evening, and was found to be in possession of evidence from the robberies. This investigation led to the identification and arrest of the second suspect.