Police say gravestones damaged at Jewish cemetery were not vandalized 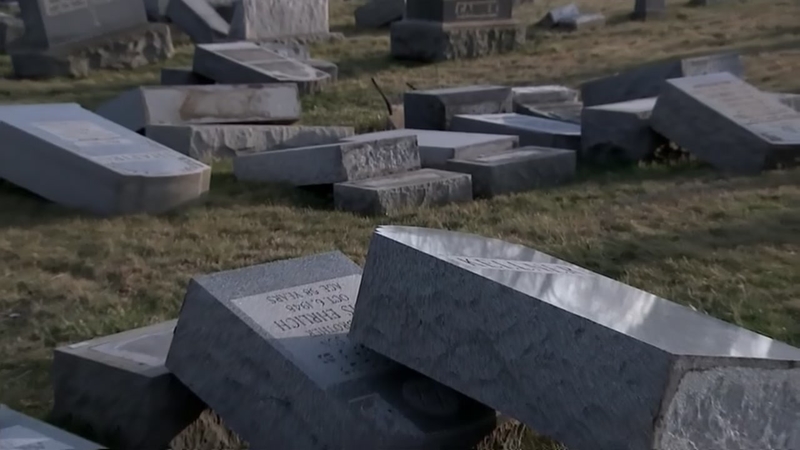 Police say damage at Jewish cemetery was not vandalism

BROOKLYN, NY -- The NYPD has determined that gravestones damaged at a Jewish cemetery in Brooklyn were not vandalized.

Investigators said the damage was likely caused by maintenance and environmental factors (wind), and the cemetery operators concurred with the findings of the detectives.

.@BPShomrim alerted me that stones @ Washington Cemetery are down. I’ve spoken w/ the NYPD who are investigating. I'll be there in the am. pic.twitter.com/j3wHa1dzEp

In a statement on Sunday, Hikind said he is still skeptical that wind was a factor in the damaged gravestones. Hikind said in part, "So strong winds hit this section and left the other ones alone? I find that hard to believe. Something is definitely not kosher."

Hikind said he was alerted Saturday night about the situation, saying more than 40 headstones were overturned, and was immediately in touch with the police to make certain that the matter was being investigated.

The NYPD says after consultation with with cemetery management, it was determined the 42 tombstones came down as a result of a number of factors.

Those include long-term neglect or lack of maintenance, as well as environmental factors such as soil erosion.

An NYPD spokesman said the department's hate crimes division was notified when the headstones were found toppled over.

There has been a wave of anti-Semitic incidents across the country, including other cemetery desecration in St. Louis and Philadelphia.