Confrontation breaks out at press conference outside Texas City PD TEXAS CITY, TX (KTRK) -- Fights broke out at a news conference in Texas City about the shooting of a 20-year-old black man by police.

Community activists and the deceased man's relatives called the news conference but pro-police protesters crashed it. 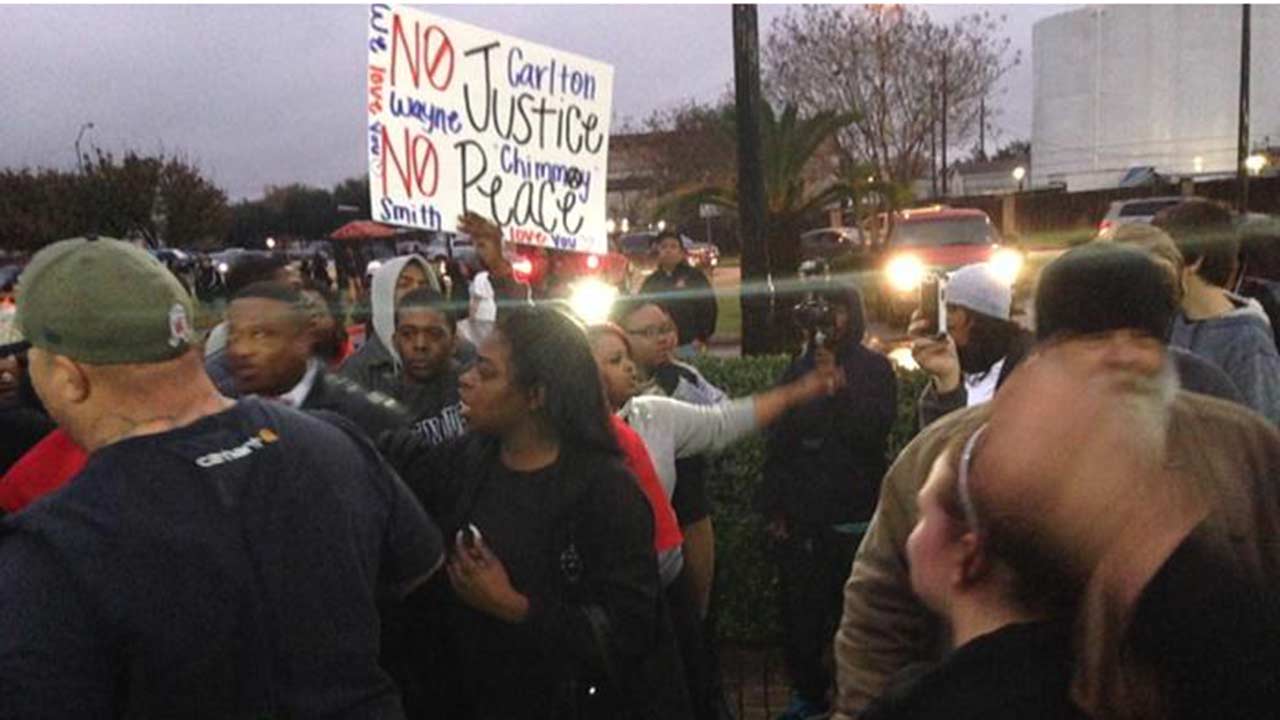 Witnesses say he was being jumped by five or six people, and grabbed the gun from his cousin, Erica Hill, who shot several times into the air trying to defend him. We are told he fired several shots toward the club.

"Everybody got away from him. He had begun to the ground and law enforcement just shot him in the head, first shot," says one eyewitness who declined to give his name.

"We want that video tape from the night of the club to be released," says activist Quannel X. "That's what we want. That will tell the truth about what happened at the club that night."

This news conference was interrupted by police supporters revving up a motorcycle, and chanting "true to blue." Much of their anger was aimed at Quanell X.

"When he comes down here, we have a problem. Take him home. Bye!" exclaimed long-time Texas City resident Eddie Cornish.

"If a white man got shot with Quannel X -- would he be here? It's not about white and black. It's about justice. Whatever happened happened," adds John Wilson.

At times it got physical. One woman told Smith supporters to go home and get out of their neighborhood. That led to a brief physical altercation with a woman in the Smith camp.

Blasa Lopez was here with a sign in support of her niece who is a Texas City police officer. It was ripped from her hands in an exchange.

"They just want to start something. We don't need that here in Texas City. We are a small town," Lopez tells us.

"My sister is not even here," says Carlton Smith's aunt Quintina Block. "She left immediately because she has enough going on in her mind. She don't want this stuff going on."

Block says lost in all the commotion was their list of demands. They want to see the surveillance video, an independent autopsy to be paid for by the department, and a federal investigation. Block says they want the truth.

We asked her if the family believes the police department's version of events.

"No. Because he wasn't a violent person at all," she said.

Officer Ham has been placed on modified duty, pending the results of the investigation. That investigation is being led by the Galveston County Sheriff's Office and the District Attorney's Office.