Police say the 6-month-old baby, Solana Ma'at Khepri Gonzalez, weighed just over 5 pounds when she died, far below what she should have weighed.

The couple is back behind bars. Judge David Hasty and the prosecutor were not happy that Brianna Nelson, 26, and Joshua Gonzalez, 25, were out of jail on an unsecured bond.

On Friday, Judge Hasty dropped the bond to $25,000 each, but ordered their bonds secured.

In January, emergency crews were called to the couple's Pedro Drive apartment, where they found Solana unresponsive. She was declared dead at the scene.

The mother and father were charged with involuntary manslaughter. The medical examiner said the child died from starvation and dehydration.

At Friday's hearing, the prosecutor told the judge that Solana was severely emaciated and underweight. The medical examiner's report stated Solana appeared younger than her reported age. The baby's ribs and vertebrae were prominent because of her malnourished state.

Nelson told the judge she is 8 month pregnant, and is taking care of another child, and three other children that belong to Joshua Gonzalez.

The judge cited the seriousness of the charges for changing the couple's bond.

Nelson's mother was at Friday's hearing. She left with no comment.

The couple has requested a public defender. 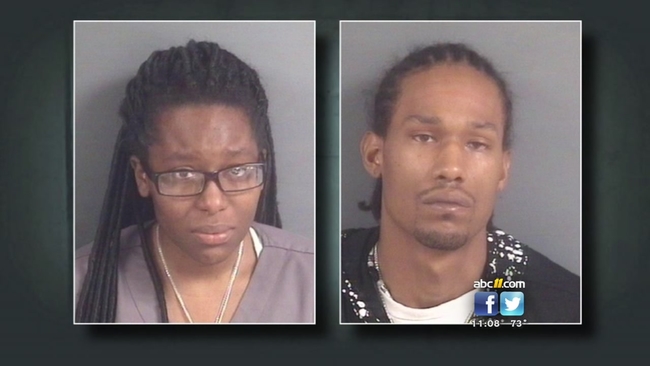