Oklahoma sheriff to resign in wake of indictment 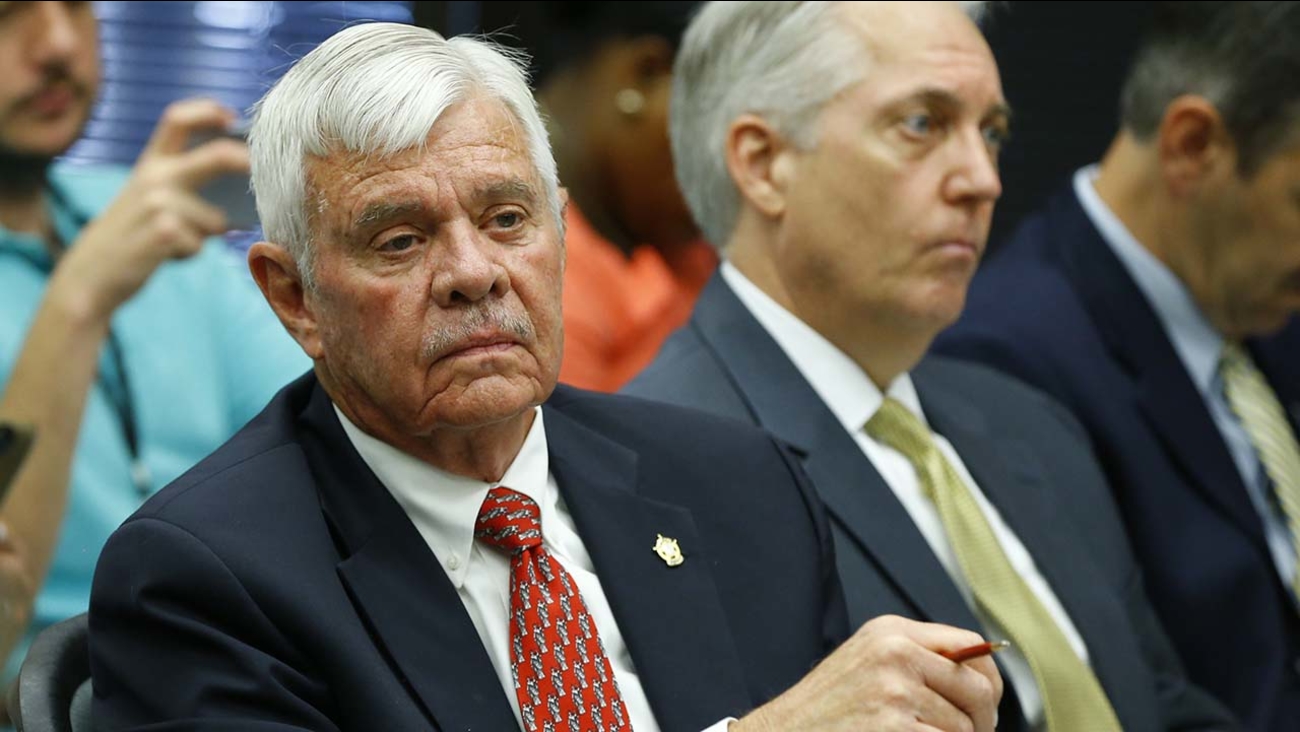 TULSA, OK -- An Oklahoma sheriff quickly decided to resign on Wednesday after he was indicted by a grand jury called to investigate his office following the fatal shooting of an unarmed man by a volunteer deputy.

Tulsa Sheriff Staley Glanz was indictment on two misdemeanor counts. The grand jury accused the longtime law enforcement officer of refusing to perform his official duties for not promptly releasing documents in an internal investigation related to the volunteer deputy, Robert Bates, one of Glanz's longtime friends.

The grand jury also recommended that Glanz resign. Glanz's attorney later said that Glanz would resign before a Nov. 10 hearing on the indictments.

Bates has pleaded not guilty to second-degree manslaughter in the fatal shooting of Eric Harris, who was restrained in a Tulsa street after he was caught up in an alleged illegal gun-sales sting in April. Bates has said he mistook his handgun for a stun gun.

The grand jury also accused Glanz of willful violation of the law in an unrelated incident involving a stipend he received for a vehicle.

The indictment was released during a court hearing Wednesday, just hours after grand jurors said they had completed their investigation. Grand jurors met behind closed doors for several weeks and interviewed more than 30 witnesses, including Glanz.

The documents were given to Judge Rebecca Nightingale earlier in the day in sealed envelopes. She quickly scheduled a hearing at which she said the contents of the documents would be released.

Earlier in the day, the grand jury publicly submitted a list of eight recommendations, including that the sheriff's office improve its training and documentation, including better accountability of field training hours. It also suggested that the office's internal affairs department be more autonomous.

The recommendations appear to address a leaked 2009 memo that alleged top sheriff's office officials knew Bates was inadequately trained but pressured other officers to look away.

Bates had donated thousands of dollars in cash, cars and equipment to the sheriff's office. His close ties to Glanz and the agency raised questions about the reserve deputy program and whether Bates and others received special treatment in return for the gifts.

Thousands of residents called for a grand jury investigation after the fatal shooting. Bates has since left the sheriff's office.

Among the witnesses who testified before the grand jury was a corporal in the internal affairs division, Warren Crittenden, who said he was pressured to sign off on memos saying Bates was qualified for duty.

Crittenden told investigators in the 2009 memo that he feared he'd be transferred if he didn't OK paperwork stating that Bates had completed his training at 328 hours, which violated policy requiring 480 hours of training, according to the report.

The jury also heard from sheriff's corporal Bill Adams, who called the memo "very accurate," and said that Glanz could have done more to address its findings.