Suspect arrested after 'brutal' decapitation of worker in SE Houston 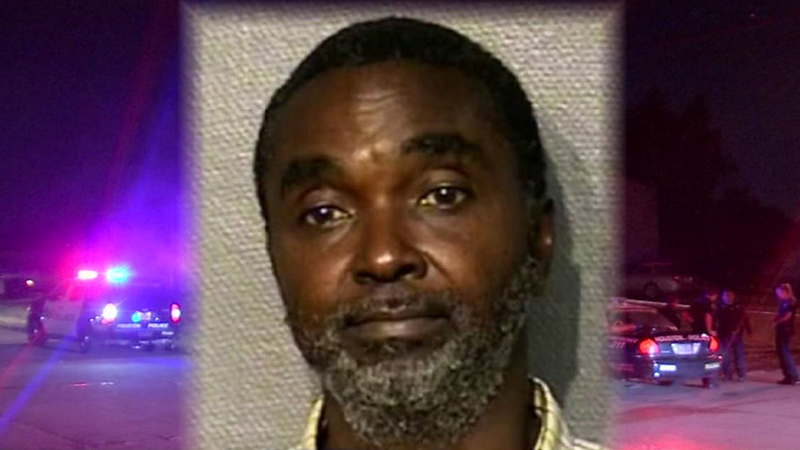 New details about the suspect in decapitation murder case

HOUSTON (KTRK) -- The man charged with beating and decapitating a southeast Houston business owner used a baseball bat and machete, according to court records.

Raymond Jackson, 62, is charged with murder after the body of Enayatolah Khorsand, 58, was found inside his Mykawa Auto Parts Store on Mykawa near Airport Thursday night.

"I see the body, laying down. A lot of blood. I was in shock. I was shaking," said the employee who made the discovery. Still shaken, he wanted to remain anonymous.

According to court records, Jackson beat Khorsand, known to friends as Andy, with a baseball bat and then used a machete to decapitate him before placing the head in a plastic bag next to the body. Jackson then left carrying a bag. Jackson was arrested at his Sunnyside home, where later, homicide and crime scene investigators dug through trash and searched the house for evidence.

Jackson has one previous violent crime in Texas on his record -- a charge for assaulting a family member in 2008. Friday, he was charged with murdering a man who helped him.

"He gave him a job. He gave him money to eat, to live and then he's the one who took his life," said Connie Castillo, a friend of Khorsand's for 20 years. He was a father and husband, she said.

Jackson's neighbors told Eyewitness News they would often see him wandering the neighborhood on his bicycle and sometimes he acted strangely.