'He was something special': Mom of infant killed in shooting wants justice for son

KTRK
HOUSTON, Texas (KTRK) -- Houston police increased patrols in an area of southwest Houston after a 10-month-old baby was murdered Wednesday in the arms of his father.

The shooting happened just after 1:30 p.m. at the Nob Hill Apartments on N. Braeswood.

Messiah Justice Marshall did not survive.

Messiah's mother discusses how she will remember her son.

"He was something special. He was so advanced. He learned fast. He picked up fast," said Scott as she wiped away tears from her eyes. "He showed me the true meaning of unconditional love."
Scott said she was inside her apartment when the shooting happened.

"I was about to take a nap. His dad had him. They were going outside to take the trash," said Scott. "They were loud. It was like an echo. It was really close."

Messiah's 22-year-old father told police three men approached him and started shooting. They continued even as he ran away with his baby in his arms.

"I just want that person to turn himself in. Do what you got to do. You know what you did wrong. No need to hide it. You're going to get God either way," said Scott. "Please, just please go to the police or someone. Let them know what was happening."

A neighbor was watching her newborn daughter as she raced to find Messiah. 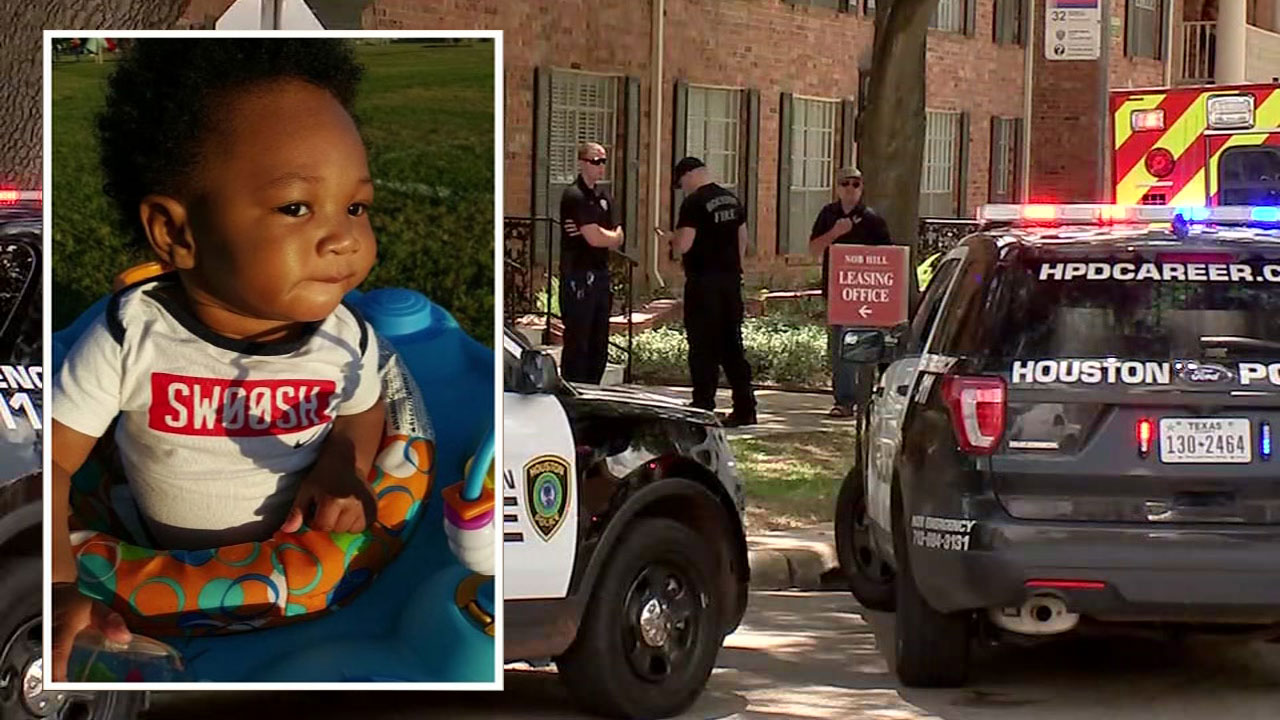 Thursday evening, Chief Art Acevedo spent about an hour at the apartment complex before addressing residents' safety concerns in a meeting closed to the media. Marked police units, gang and bike patrol officers were visibly present all day long. At least two young men were detained for questioning in the baby's death. No one has been charged.

"They're extremely dangerous. Obviously they're armed and have no conscience, said Chief Acevedo in an appeal to the public for information.

The family set up a GoFundMe account to help cover funeral costs.

Anyone with information is urged to contact Crime Stoppers at 713-222-8477. You can remain anonymous and could be eligible for a reward.