Those teens were killed on December 6 when the pickup they were in rolled over on Luna Vista Lane in Fort Bend County. Trent Weber, 17, was a football player at Seven Lakes High School. Terra Kubala, 16, was a well-known sophomore at Cinco Ranch High.

"We didn't lose Terra," says Terri Kubala. "She was taken from our family."

Investigators say Jamison was driving the Toyota Tundra that wrecked after leaving from a bonfire. Weber and Kubala were among more than 10 people in the bed of his truck. Witnesses told investigators that alcohol and marijuana were visible at the bonfire.

When asked if Jamison may have been under the influence of alcohol or drugs, a detective said he could not answer at this point.

Terra Kubala's mother tells Eyewitness News that when the detective told her Terra was killed in the accident, that God told her to forgive Jamison right then and there.

"And I forgave him right at the scene. I forgive him. But this is an extremely unfortunate situation and he's going to have to take ownership of it."

She tells us Terra's friends learned a hard lesson from this, and she hopes other teens learn from it too: "They're already feeling invincible at that age. And when our culture is promoting recklessness and ridiculousness, it looks like there are no consequences. But there are consequences, and we're beginning that."

And she encourages parents to talk to their kids before they get behind the wheel to go hang out with their friends.

Jamison is out on bond.
Copyright © 2020 KTRK-TV. All Rights Reserved.
RELATED 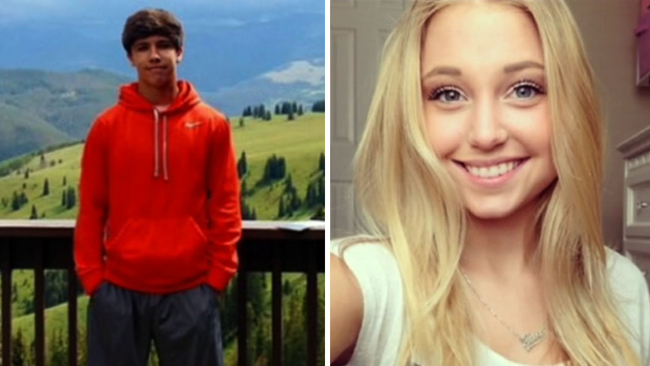 Protesters to Minneapolis officers: 'He begged you for his life'
Gov. Abbott addresses occupancy citations for violators
2 shot, 1 killed near popular Houston restaurant
HFD steps in after 550 complaints on bars
List of businesses set to reopen this week in Texas
Show More
Church could be evicted for helping feed families in need
DWI numbers rising quickly as Houston reopens
Dog learns to pick up trash during pandemic
Here's when a round of storms could impact us Wednesday
Commercial space companies looking forward to SpaceX launch
More TOP STORIES News