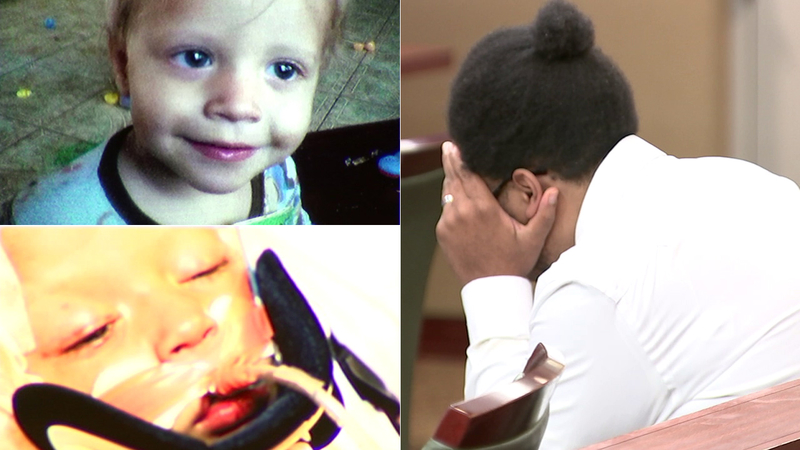 PALMDALE, California -- A Palmdale man on Friday was found guilty of first-degree murder and torture in the death of his girlfriend's 2-year-old son.

Brandon Williams, 27, refused to exit his jail cell before the verdict was announced. He had admitted to hitting Anthony Wilson in the head five times before the boy was hospitalized in August 2014. The victim remained in a vegetative state for more than a month before he died.

The child's mother, 23-year-old Rosie Wilson, was tried on the same charges as her boyfriend. Closing arguments in her trial are expected to be given on Friday.

In an Antelope Valley courtroom Thursday, Williams buried his face in his hands as Deputy District Attorney Jonathan Hatami presented the case against him.

"Was defendant Wiliams crying when he tortured, punched Anthony into a vegetative state?" the prosecutor said.

The defense argued that Williams had not intended to kill the toddler. Prosecutors said the defendant had been unhappy in his relationship with Wilson and jealous of her child.

Williams faces a possible sentence of up to life in prison, as does the elder Wilson if she is convicted.