Darrell Giles, 31, says he is still sore and shaken up because he did nothing wrong.

"That wasn't right at all," he said on Saturday afternoon. "I'm very petrified and I want to see justice done."

VIDEO: Man allegedly beaten by police released from jail
Metro
The METRO Police Department suspended two officers after a man was hit with a baton at a train station north of downtown Houston, but the man's family is demanding the officers be charged.

On Monday morning, on a Burnett station bench, he says he was leaning over charging his phone and resting his hurt foot when Officer J. Warren approached.

Giles says he doubled back to get his phone and encountered the officer again.

VIDEO: Metro to hold off on releasing surveillance video 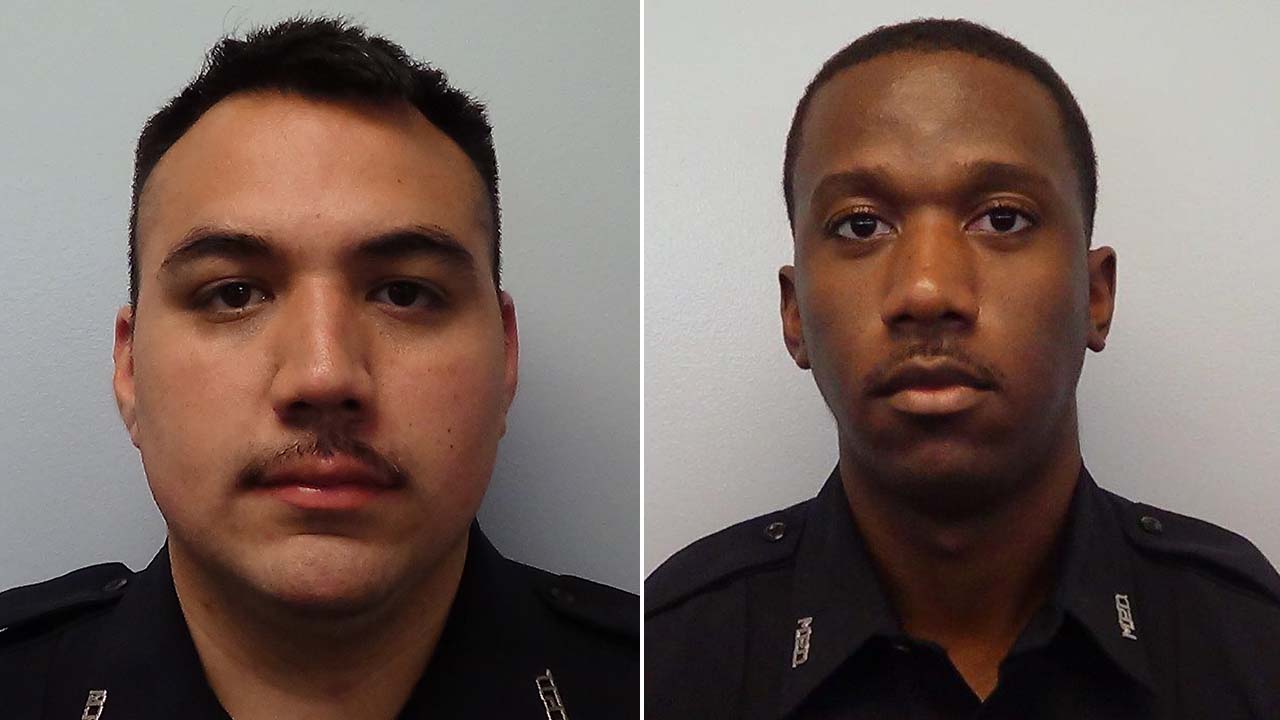 Chargest dropped against man, 2 Metro PD officers suspended
Two METRO officers have been suspended pending an investigation after a confrontation with a man at the Burnett Station platform.

"He asked me, said, 'My [expletive],' something. I asked him what he had said. I said 'Say what?'" Giles says as he stood up, Warren pulled his baton.
"I thought he pulled a gun out," he said. "He hit me so hard, he knocked me to the ground, so the first couple licks, he's just standing over me going bom bom bom making some noise."

Hit at least 15 times, Giles is still swollen and his contusions are still fading. A platform camera caught the beating, but he has not seen the video and the Metro police chief said it won't be released until the investigation is complete.

"I don't remember too much. All I remember is bracing myself and just taking the licks and I was holding my arm up."