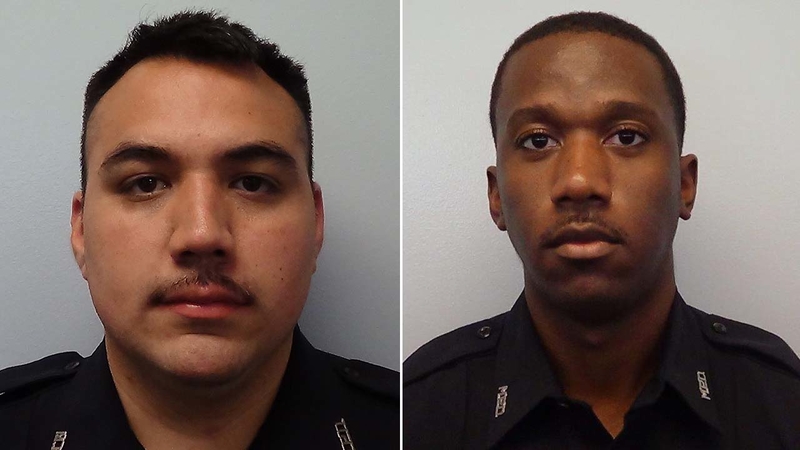 HOUSTON (KTRK) -- Two METRO officers have been suspended pending an investigation after a confrontation with a man at the Burnett Station platform.

Officer J. Warren approached a man who appeared to be slumped over a rail platform seat at the train station, according to Chief Vera Bumpers. She says the department is investigating the use of force by Officer Warren.

"I will not tolerate inappropriate use of force by officers," Bumpers said in a statement.

The Chief said in a news conference on Friday that a supervisor saw surveillance video and reported the incident for review before Warren even finished his report. She did not go into great detail, but said the man was struck at least once with a baton, and the District Attorney's Office is involved in the investigation.

The man, Darrell Giles, was checked by medics at the scene of his arrest, according to the Chief, but was then taken in for processing, at which point he began to complain of pain in his arms and received further medical attention. Charges against Giles have been dropped.

However, Bumpers says she won't release the video until the investigation is complete. Black Lives Matter Houston organizer Ashton P. Woods says for transparency's sake, the video should be released now.

"It doesn't matter if a company or organization is saying we know we did wrong. Prove that you did wrong, show us what happened, show us what happened," said Woods. He says community organizers with the Black Lives Matter movement will return to Metro headquarters Monday afternoon in protest if the video is not released
Related topics:
houstonmetrouse of forceexcessive force
Copyright © 2021 KTRK-TV. All Rights Reserved.
More Videos
From CNN Newsource affiliates
TOP STORIES